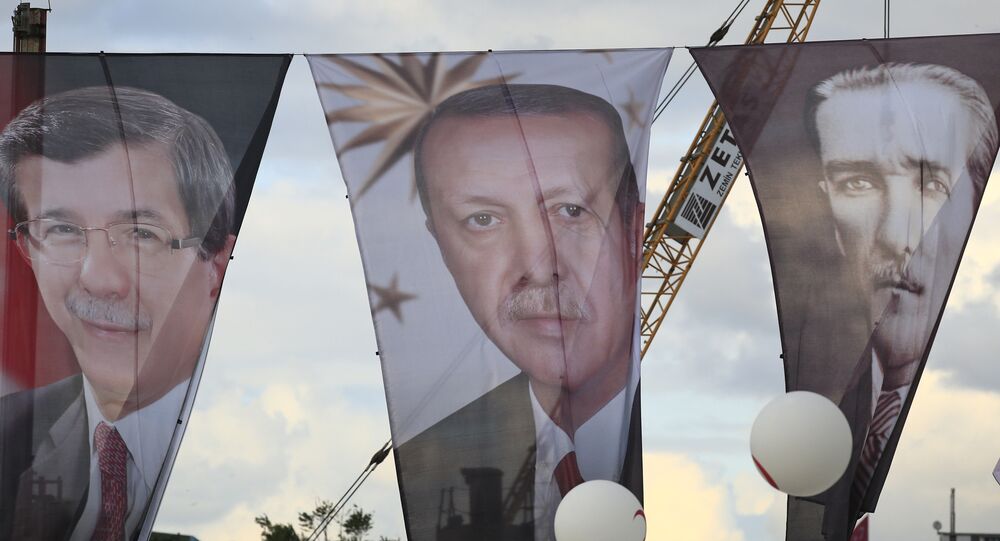 Despite efforts to present a unified front, tensions between Turkey’s President Erdogan and Prime Minister Davutoglu could soon reach a boiling point, and result in the latter’s resignation.

Fourteen years ago, Turkish President Recep Tayyip Erdogan founded the Justice and Development Party (AKP). Legally, Erdogan can not serve as party head while serving as president, and he personally chose Prime Minister Ahmet Davutoglu to replace him as the party’s chief.

But mounting evidence suggests that Davutoglu is tired of being second-in-command, and Erdogan is none too thrilled about an underling challenging his authority.

The Erdogan administration is currently pushing to abandon the country’s secular constitution, in favor of one that would cement broader powers for the president. Given Erdogan’s imprisonment of academics and journalists, his new sovereignty would likely be used to further Ankara’s clampdown on free speech.

This is one of the issues with which Davutoglu has tried to assert himself. But in his thirst for influence, the prime minister has pursued his own troubling interests. According to Soner Cagaptay of the Washington Institute, Davutoglu is the mastermind behind Turkey’s confused Syria policy.

"This was a foreign policy that was meant to make Turkey a regional star, not only shape the outcome of the Syrian war," Cagaptay said.

Last week, Erdogan launched his own power grab, when the AKP’s executive committee – a body in which the president still maintains influence – voted to remove the prime minister’s authority to appoint local leaders.

"This decision will weaken Davutoglu’s power over the party," said one official familiar with the decision, speaking on condition of anonymity. "Davutoglu’s job will not be easy after this."

On Wednesday evening, both men held an unscheduled meeting behind closed doors. While some experts considered the possibility that Davutoglu would deliver his resignation, no public announcement was made. Other reports suggest that the prime minister may step down at the end of the month.

"While Erdogan and Davutoglu may appear keen to dispel any notions that divisions are emerging between them, the writing on the wall shows that a rift is in fact developing on a number of levels, and it is just a matter of time before this erupts in earnest," Semih Idiz wrote for Hurriyet Daily News.

If the prime minister does, in fact, resign, he will likely be replaced by an Erdogan loyalist.

"Erdogan is intent on fully controlling both the executive but also the political agenda of the country and he can only do that if he has this degree of control," said former Turkish diplomat Sinan Ulgen.

Despite these clear signs of trouble, the AKP has done its best to downplay the recent decision to remove Davutoglu’s appointing power.

"This authority has been taken back by the MKYK [AKP’s executive committee] so that issues concerning the party can be discussed intensively and in more detail," party spokesman Omer Celik told reporters last Friday.