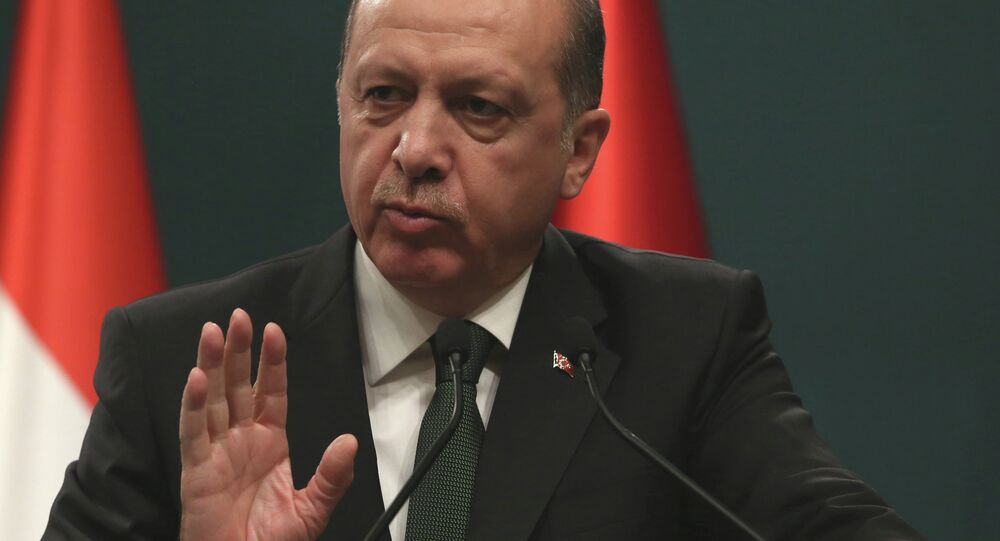 Turkish President Recep Tayyip Erdogan is not interested in fighting terrorism, on the contrary, his goal is to expand the territory of Turkey, a French lawmaker told Sputnik Wednesday.

MOSCOW (Sputnik) — Earlier in the day, Russian Foreign Minister Sergei Lavrov told Sputnik that the actions of Turkey in Syria and Iraq, where it has its forces without Baghdad's consent, demonstrate expansionist motives, "neo-Ottoman ambitions: to spread its influence to expand the territory."

© REUTERS / Kayhan Ozer
Lavrov to Sputnik: Ankara's Shows 'Neo-Ottoman Ambitions' to Expand Territory
He stressed that Turkey has been playing "a very strange game over the past month," by trying in one hand to negotiate with Europe its speedy accession to the European Union, and on the other hand being involved in the "trade of oil to fund terrorist organizations."

"The question is whether it is possible to trust Mr. Erdogan. My answer is no," Mariani said.