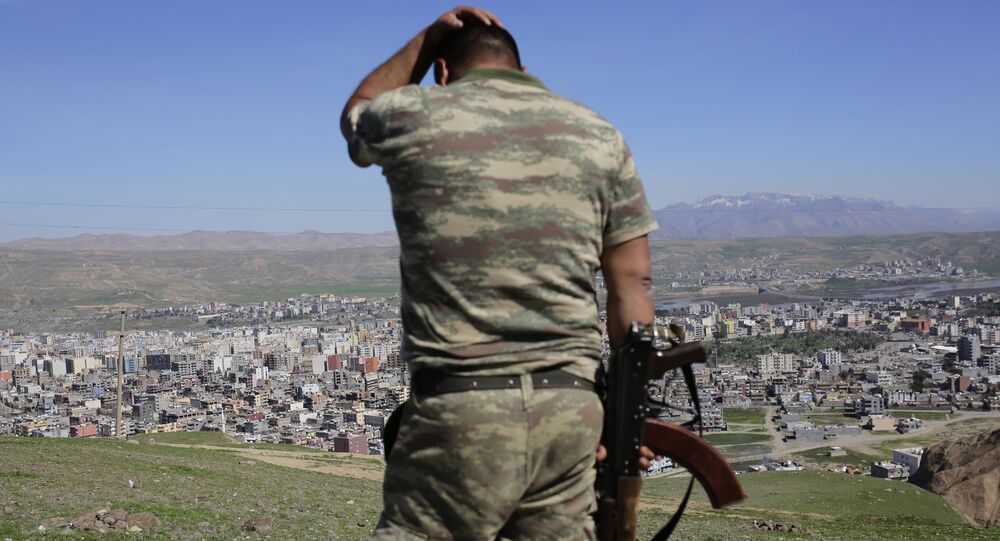 Ground operations by foreign troops in Syria are unlikely due to Russian military presence in the country, Russian Foreign Minister Sergei Lavrov told Sputnik in an exclusive interview.

© AFP 2021 / OZAN KOSE
Turkey Ready to Send Ground Troops to Syria If Necessary - Prime Minister
MOSCOW (Sputnik) — It is necessary to educate states trying to call for the military invasion in war-torn Syria, as it would be a direct aggression, Russian Foreign Minister Sergei Lavrov told Sputnik on Wednesday.

"Of course, there are calls for a military invasion, but in order to prevent this, which would be an act of aggression, it is necessary to educate those who are trying to advocate this option. But I do not think that they have any justification, at least some excuse [for the military invasion] because the ceasefire [in Syria] is strengthening after all," Lavrov said.

"I do not think that anyone will decide to play dangerous games and carry out any provocations as the Russian Aerospace Forces are stationed there [in Syria]," Lavrov said when replying to a question about the possibility of a foreign ground operation in Syria by Turkey or Saudi Arabia.

Ankara and Riyadh have repeatedly stated that they are ready to send ground troops to Syria. Earlier this week, Russia expressed concern over any potential ground operation in Syria, advising against such actions.