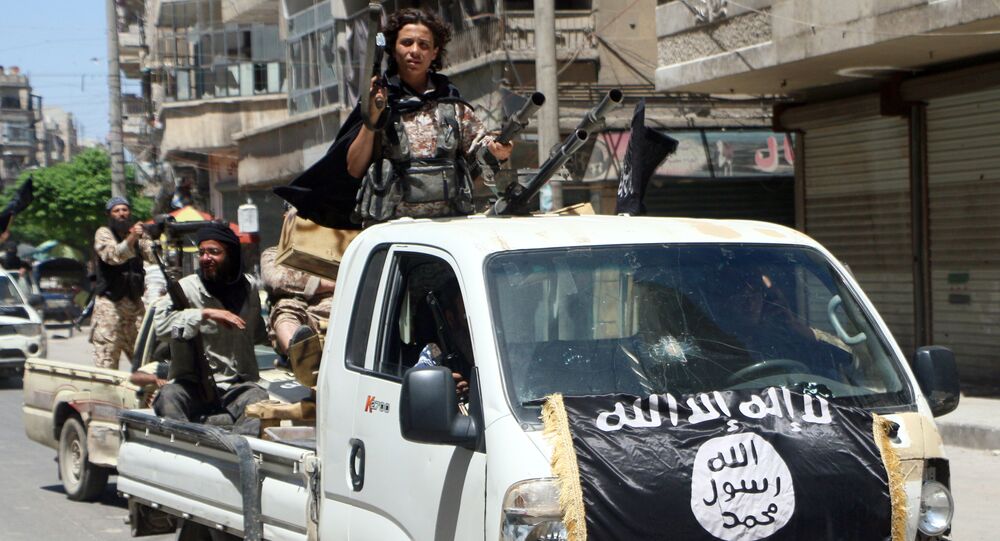 Lavrov: US Tried to Include Al-Nusra Front Positions in 'Silent' Period

The United States tried to include areas captured by al-Nusra Front terrorist group in northern Syria’s Aleppo in a recently established "silent" period during Washington’s talks with Moscow on the issue, Russian Foreign Minister Sergei Lavrov told Sputnik in an exlusive interview.

MOSCOW (Sputnik) — Lavrov pointed to evidence that linked the Turkish government with al-Nusra Front and Daesh terrorists, which have been excluded from all previous ceasefire deals brokered by Moscow and Washington for Syria.

"During the negotiations, our US partners actually tried to draw the borders of this ‘zone of silence’ to include a significant number of positions occupied by al-Nusra [Front]. We managed to exclude this as it is absolutely unacceptable," Lavrov said.

Lavrov suggested that some party wanted to manipulate the United States into shielding al-Nusra Front militants from government fire.

© Sputnik / Iliya Pitalev
Lavrov to Sputnik: Syrian Opposition May Be Intentionally Protecting al-Nusra Front Positions
Earlier in the day, the Russian Defense Ministry said that al-Nusra Front terrorists in Syria continue provocations seeking to escalate tensions in the northern part of the Latakia province and the city of Aleppo, which has resulted in the disruption of the "silent" period.