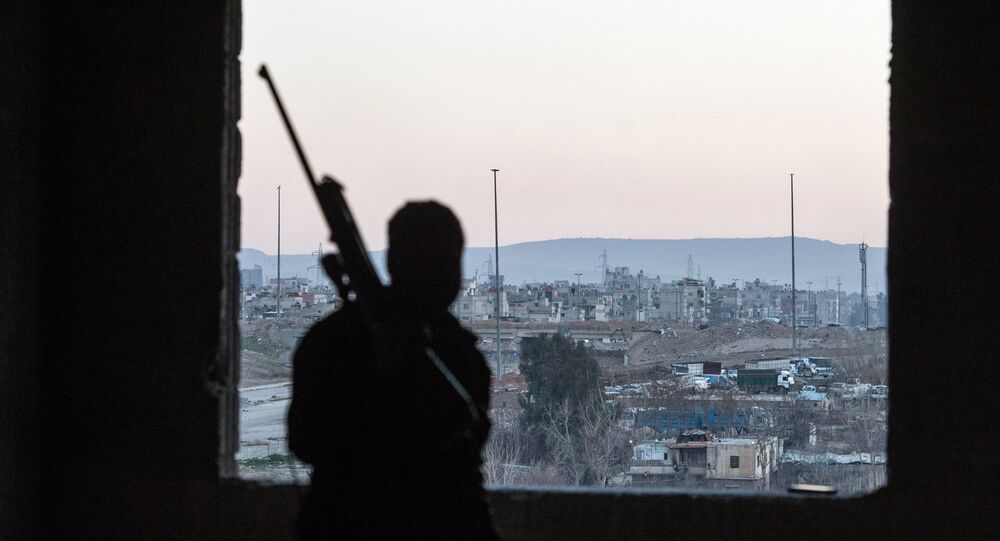 MOSCOW (Sputnik) — The problem may be due to such US allies as Turkey, which has been exposed to have dubious ties with Daesh and al-Nusra Front, the minister noted.

"I have an impression, which is supported by yet unconfirmed facts, that these [moderate] groups intentionally occupy al-Nusra Front positions in order to prevent al-Nusra from being attacked… Perhaps those supporting al-Nusra are interested in breaking down the ceasefire and doing everything to force a military solution [of the Syrian crisis]. This would be totally unacceptable," Lavrov said.

Al-Nusra Front and Daesh terrorist groups are not covered by the US-Russian-brokered ceasefire agreement in Syria.

Earlier in the day, the Russian Defense Ministry said that al-Nusra Front terrorists in Syria continue provocations seeking to escalate tensions in the northern part of the Latakia province and the city of Aleppo, which has resulted in the disruption of the "silent" period.