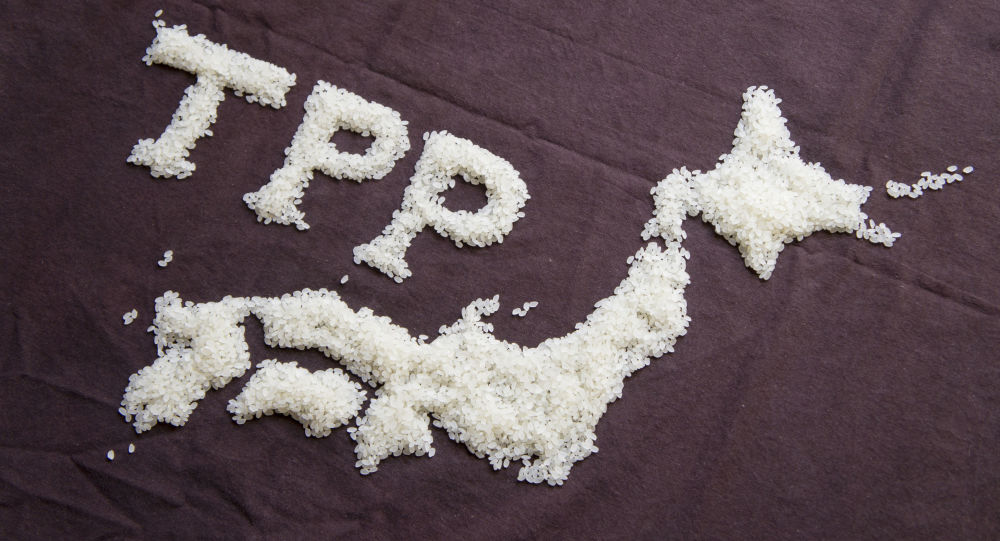 Coalition for a Prosperous America CEO Michael Stumo claims that the TPP free trade agreement is unlikely to put the United States in a better position than countries like China to write and enforce the rules of the global economy.

WASHINGTON (Sputnik) — The Trans-Pacific Partnership (TPP) free trade agreement is unlikely to put the United States in a better position than countries like China to write and enforce the rules of the global economy, Coalition for a Prosperous America CEO Michael Stumo told Sputnik.

On Monday, President Barack Obama said in an op-ed piece published in the Washington Post that the TPP agreement would allow the United States — and not China — to write the trade rules for the world economy.

"Americans were told when China joined the WTO in 2000 that we were writing the rules of trade for the world," Stumo stated on Tuesday. "China did not follow the rules, we did not enforce them, and our pre-existing trade deficit with China exploded by 390 percent."

The United States failed miserably to enforce WTO regulations, Stumo observed, and there is little reason to believe Washington will be able to write enforceable trade rules through TPP.

TPP rules will be harmonized with those set by the WTO, which allows for regional trade agreements, so conflicting standards should not be a problem, he claimed.

© AFP 2019 / Mandel Ngan
TPP Deal to Allow US Set Rules of Global Economy - Obama
"What is the problem is that those [TPP and WTO] standards are basically irrelevant to addressing the modern trade cheating tactics of 2016," Stumo explained.

In terms of the TPP trade deal itself, Stumo also observed, his organization and others predict it will deliver negligible economic benefits.

"Even the pro-TPP think tanks admit that there will be no net job creation, no net export benefit and embarrassingly meager growth over 15 years if everything goes right," he noted.

The TPP deal could end up costing the United States 121,000 manufacturing jobs while adding less than one percent to the country’s Gross Domestic Product by 2030, according to an analysis by the Coalition for a Prosperous America based on data from the World Bank and the Peterson Institute for International Economics.