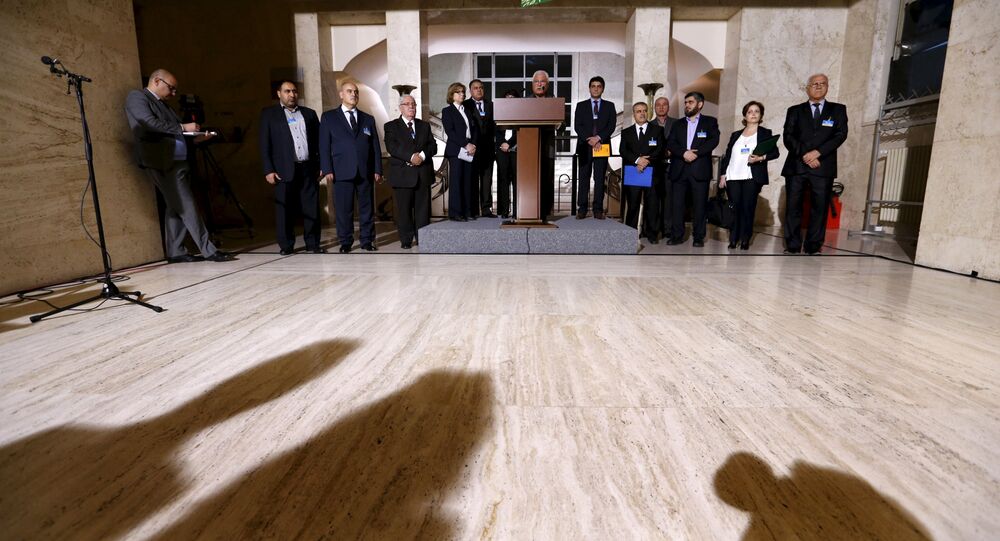 MOSCOW (Sputnik) — The latest round of the intra-Syria talks finished in Geneva earlier this week and saw HNC walking out over continuous fighting in Syria and a lack of progress on humanitarian issues.

"After five years of civil war and 300,000 dead, it remains important to get all the players to the table and keep them there," Steinmeier told the Welt am Sonntag, adding he would meet de Mistura and Hijab to "develop ideas for continuation of the Geneva peace talks."

Four delegations were taking part in the talks – the government delegation, HNC, the opposition group that formed following talks in Moscow, Cairo and Astana and the Hmeimim delegation of internal opposition.

Syria has been mired in civil war since 2011, with government forces loyal to Syrian President Bashar Assad fighting numerous opposition factions and extremist groups. A US-Russia-brokered ceasefire came into force across Syria on February 27.