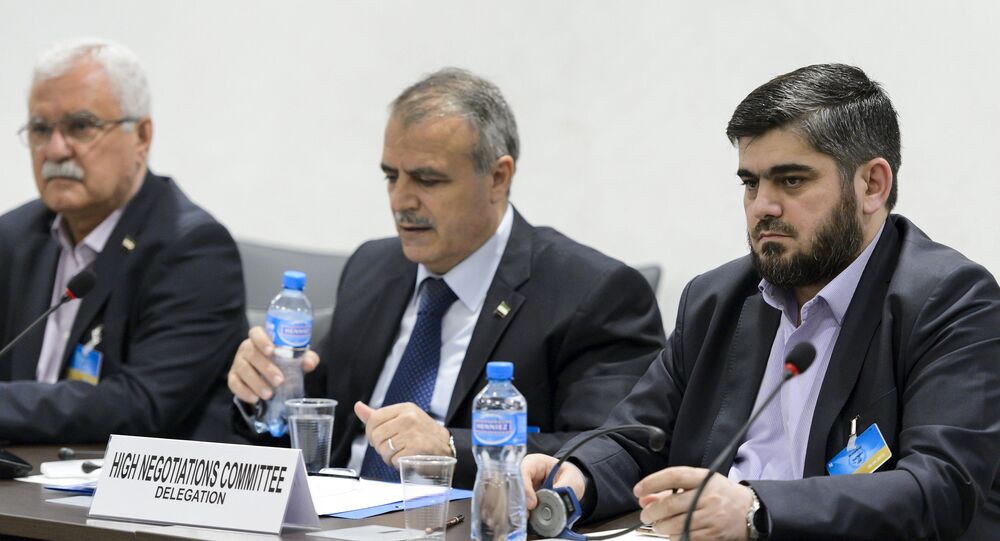 The Saudi-backed High Negotiations Committee (HNC) of the Syrian opposition does not plan to discuss its future participation in the intra-Syrian talks in Geneva in the near future, HNC spokesman Riyad Naasan Agha told RIA Novosti.

DUBAI (Sputnik) – During the April round of Syria proximity talks, the HNC walked out over continuous fighting in Syria and a lack of progress on humanitarian issues.

"It is early to make a decision on the participation in the talks," Riyad Naasan Agha said, adding that there will be no meeting on the issue on Saturday.

UN Special Envoy for Syria Staffan de Mistura closed the April round of intra-Syrian talks on Wednesday. The next round of peace talks will be held in May.

Speaking at a final press conference following the end of the April round, de Mistura said he expected both technical and normal meetings with HNC during the next round of intra-Syrian talks.

A Syrian government delegation, as well as three opposition groups — the Riyadh-formed High Negotiations Committee, the Moscow-Cairo and the Hmeimim groups have been taking part in the Geneva talks mediated by de Mistura.

Destruction of MSF Hospital in Syria: 'Doctors in Aleppo Are Heroes of War'

Free Syrian Army Not Ready to Comply With 'Silent' Period