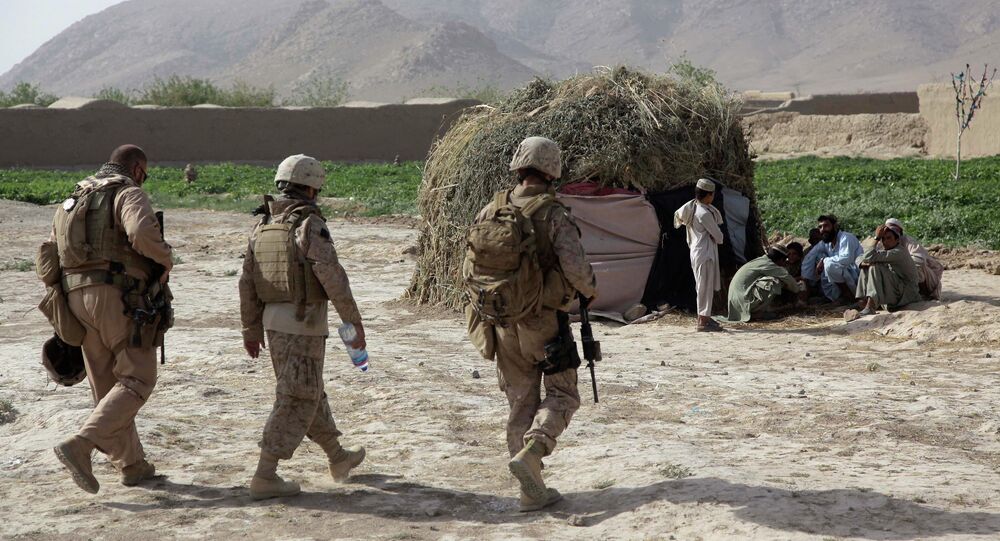 US professor Stephen M. Walt poses the question: what is the best way to promote democracy in the world? Does foreign-imposed regime change work or maybe diplomacy is the right approach?

Washington has a long record of initiatives aimed at "democracy promotion." Whatever good and noble the intention is, the US still cannot boast any success in this field. What's the matter?

According to Stephen M. Walt, a professor of international relations at Harvard University, "at the risk of stating the obvious, we do know what doesn't work, and we have a pretty good idea why."

"What doesn't work is military intervention (aka 'foreign-imposed regime change'). The idea that the United States could march in, depose the despot-in-chief and his henchmen, write a new constitution, hold a few elections, and produce a stable democracy — presto! — was always delusional, but an awful lot of smart people bought this idea despite the abundant evidence against it," Walt writes in his article for Foreign Policy magazine.

Commenting on Washington's repeated attempts to "shape" the Middle Eastern region, Andrew J. Bacevich, Professor of International Relations and History at Boston University, wrote in his Op-Ed for Politico magazine:

"The tendency to see the region and Islamic world primarily as a problem that will yield to an American military solution is, in fact, precisely the problem. To an unseemly and ultimately self-destructive degree, we have endorsed the misguided militarization of US foreign policy. As a consequence, we have allowed our country to be pulled into the impossible task of trying to 'shape' the region through martial means."

US-based scholar and journalist Dr. Arshad M. Khan nails Washington for shameless hypocrisy, stressing that what the American regime change practice has nothing to do with bringing "freedom and democracy."

"Why is the US so enamored of regime change? From coups (too many to count) in Latin America, to destroying democracy in 1950s Iran, to now and the present chaos in the Middle East. For anyone with basic knowledge of this history, the shameless hypocrisy accompanying the familiar trope of bringing 'freedom and democracy' appears callous and outrageous in light of all the human suffering and lives lost," he writes in his analysis for ModernDiplomacy.eu entitled "The Hypocrisy of Regime Change."

© Flickr / US Air Force
Groundhog Day Syndrome: Why Washington Just Can’t Stop Intervening
What lies at the core of the US' inability to assess the situation and make the right choice?

Professor A. Trevor Thrall, an Adjunct Scholar at the Cato Institute, believes that the problem is that the US foreign policy establishment is out of touch with reality: instead of dealing with what is going on on the ground the American elite is trying to impose its own will on other nations.

"This pattern reflects the fundamental inability of the American political system to accept the world as it actually is, rather than how policymakers prefer it to be," Thrall pointed out in his article for the National Interest.

What is supposed to be a democratic transition usually transforms into endless fighting between the old and new "elites." To add insult to injury, radical forces often jump at the opportunity to fill the vacuum of power. The US' military interventions have resulted in the emergence of such terror groups as the Taliban, al-Qaeda and Daesh and created more failed states than truly democratic regimes.

© Sputnik / Valeriy Melnikov
Untold Story of Syrian Coup: Who is Really Behind the Plot to Topple Assad?
Undoubtedly, there are good reasons for pragmatists to favor democracy. But what is the best way to spread this progressive system of government around the world?

There are at least two approaches, according to Walt.

The first one is diplomacy: although it may not be "as exciting" as a military invasion it is less expensive and it really works, the US scholar notes.

And the second approach is to set a better example. "Physician, heal thyself," an old proverb says.

"America's democratic ideals are more likely to be emulated by others if the United States is widely regarded as a just, prosperous, vibrant, and tolerant society, instead of one where inequality is rampant, leading politicians are loudmouthed xenophobes, the prison population is the world's largest, and airports and other public infrastructure are visibly decaying, yet no one seems able to do much about it," Walt stresses.

However, being involved in drone killing, torture practices, Abu Ghraib, Guantanamo and global NSA surveillance Washington can hardly be regarded as a model of democracy.

"In short, the United States will do a better job of promoting democracy in other countries if it first does a better job of living up to its ideals here at home," the US professor underscores.

"Maybe I'm dreaming, but doing more to improve the lives of Americans here at home might also be the best way to enhance democracy's prospects abroad?" Walt asks.

Syria's Balkanization: Partitioning the Country 'Not a Good Option'