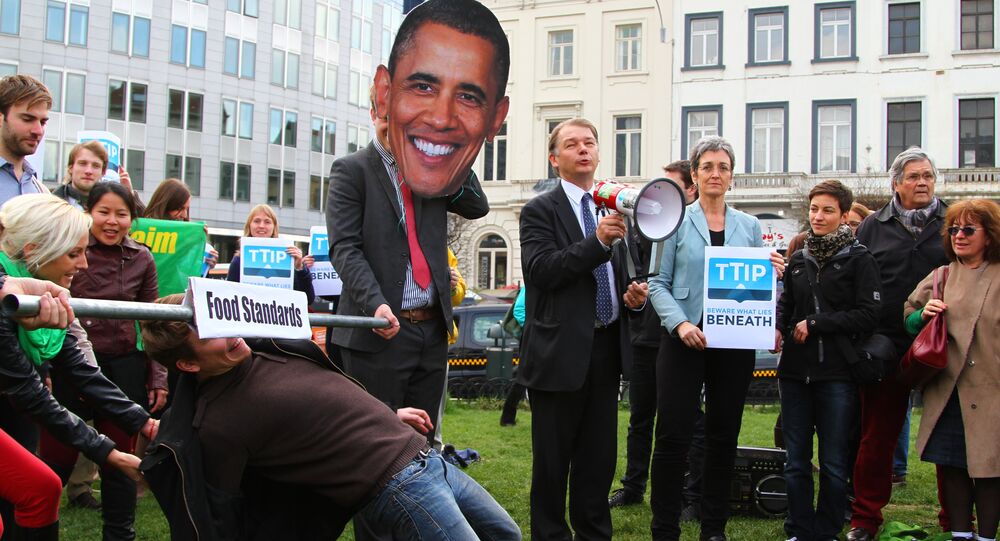 The United States is not willing to negotiate geographical indications (GI) as part of the ongoing talks surrounding the Transatlantic Trade and Investment Partnership (TTIP), a European Union source told Sputnik on Thursday.

NEW YORK (Sputnik) – The World Trade Organization defines GIs as identifiers of a good that originates in the territory of a member state, region or locality, where a given quality, reputation or other characteristic is essentially attributable to the good’s geographical origin.

"The United States is not ready to negotiate at all. We will have a discussion with the US on GIs but I wouldn’t call it a negotiation. … If we’re going to conclude TTIP, we need to get serious on GIs," the EU source said on the sidelines of the current round of TTIP negotiations in New York City.

The discussions concern the EU dairy sector, which insists on keeping the system of GIs that protects local producers while the United States is opposed to it.

The TTIP negotiations are allegedly aimed at reducing barriers to trade in goods and services between Europe and North America, but have drawn severe criticism for the lack of transparency.

Moreover, the TTIP has also been slammed for bypassing the framework of the World Trade Organization and excluding the BRICS [Brazil, Russia, India, China and South Africa] countries, while leaked details of the deal show that it might undermine environmental, health, safety and labor standards.