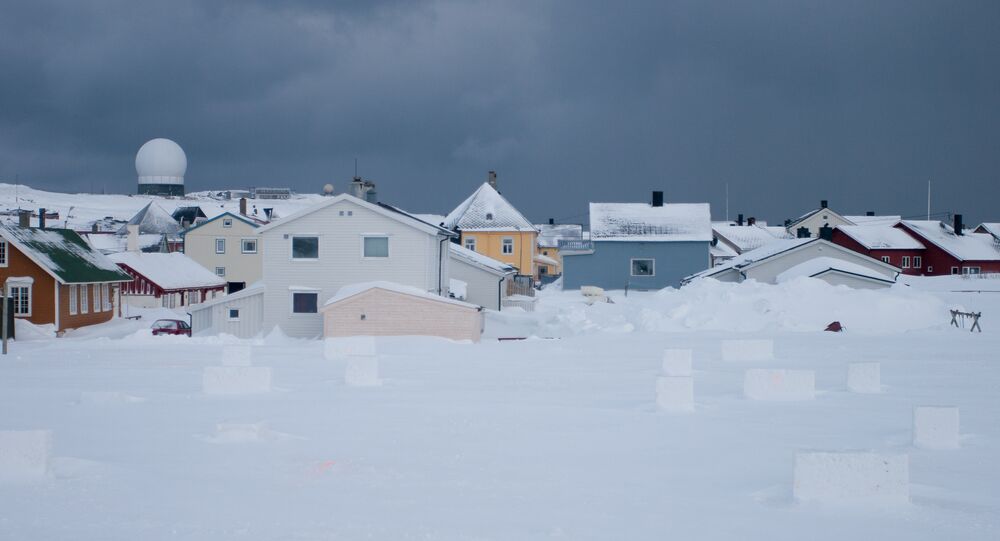 A powerful US radar, known as the GBR-P, could be relocated from a ballistic missile defense test site at the Kwajalein Atoll in the Pacific to the Norwegian county of Finnmark, the Norwegian Broadcasting Corporation (NRK) reported, citing US experts. The system, some say, could among other things be used to spy on Russia.

© Flickr / Amanda Graham
Here's How Norway's New US-Made Radar Aimed at Russia Will Look
Former CIA analyst Allen Thomson and senior research associate at Cornell University George Lewis believe that there are grounds to support this view. After all, Washington and Oslo have long worked together on radar systems located in Arctic Norway.

If relocated, the GBR-P would be placed in the municipality of Vardo, located in the county that borders Russia. Vardo is home to the Globus II radar station, which is operated by the Norwegian Intelligence Service and is believed to be part of the US surveillance network providing data to the US Strategic Command.

The Globus II is said to have been manufactured by Raytheon, a major US defense contractor. The system was previously located at a US Air Force base in California. The radar was built to track objects in space, monitor areas of national interest to the country, as well as help promote research and development.

The US and Norway are planning to build a new radar system in Vardo as part of a 120 million upgrade to improve the Globus II. The new system is referred to as Globus III, but it could be replaced by the GBR-P. This could be a logical step since bringing the Ground-Based Radar Prototype to Norway could be cheaper than building a new system, Lewis noted.

Thomson maintains that "the Globus III radar will perform the same tasks as the Globus II, just more of them and better."

© Flickr / Metziker
Defense Without People: Norway Cuts Personnel in a Military Shake-Up
The Ground-Based Radar Prototype is one of the key components of the US National Missile Defense (NMD) system. The radar, according to the Federation of American Scientists (FAS), can acquire, track, and identify targets as well as provide fire control support and kill assessment for the NMD.

Earlier, aerospace researcher and analyst Charles P. Vick told the NRK that the new radar at Vardo would be part of the Space Fence, a US space surveillance system. MIT Professor Theodore Postol suggested that the radar could be used to gather intelligence on Russia, particularly the country's missile tests.

Local residents have not been happy with the recent developments. "Many Norwegians in Northern Norway don't want to provoke Russia, while a new radar system in Vardo that's been shrouded in secrecy is making some local residents nervous," Views and News from Norway reported earlier this month.