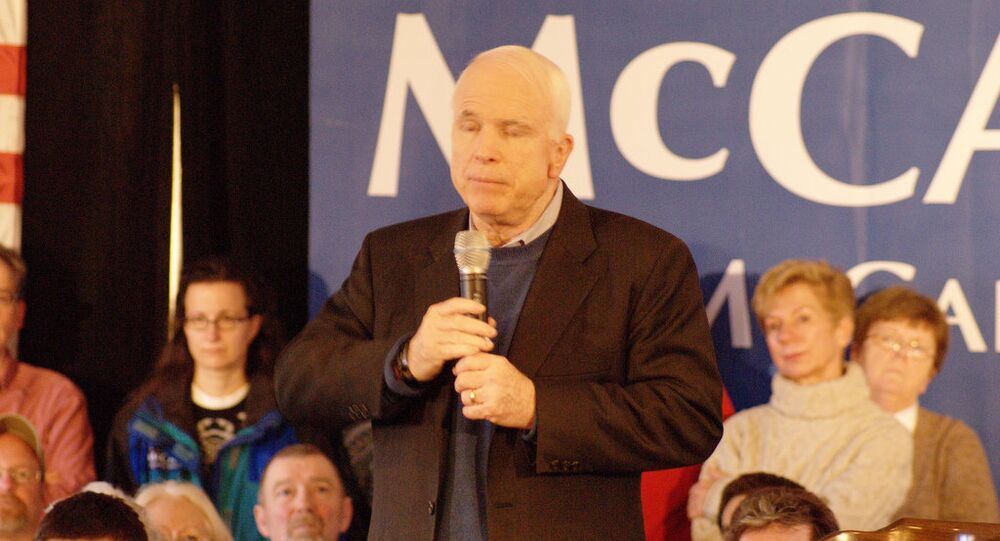 Is the beleaguered US Senator’s reelection bid taking a page from the hit series Breaking Bad in a desperate attempt to appeal to young voters?

On Tuesday, 34-year-old Emily Pitha was arrested for narcotics distribution and manufacturing when Maricopa County sheriff’s deputies found an active meth lab and illicit drugs during a search of her north-central Phoenix home.

Pitha, a former staffer for retired Arizona Republican US Senator Jon Kyl, was serving as the chief fundraiser for Arizona Republican Senator John McCain’s 2016 reelection bid at the time of her arrest. The McCain campaign immediately released a statement saying Pitha was "immediately terminated upon our learning of her alleged involvement in narcotics distribution"

The sheriff’s office spokesperson said that they were alerted to criminal activity at the residence after a package was identified in transit from the Netherlands carrying over 250 grams of MDMA, street name ecstasy, a popular and illegal psychoactive drug. Pitha’s boyfriend, 36-year-old Christopher Hustrulid, signed for the package when it was delivered Tuesday afternoon, right before a search warrant was served.

At the residence, officers found LSD, cocaine, heroin, methamphetamine, and counterfeit money along with an operating meth lab. Pitha and Hustrulid also face child-endangerment charges for exposing two children in the home to the drugs.

Detective Doug Matteson said that the two children, ages 5 and 10, "had easy access to all of (the) drugs and materials, even the bomb-making materials that were located in the back with the meth lab." Methamphetamine production involves volatile elements also used in manufacturing explosives.

The news comes as McCain finds himself in the most competitive reelection campaign of his career. In the Republican Primary, the embattled US Senator faces an insurgent challenge from Tea Party Republican state senator Kelli Ward who has successfully tapped into the anti-establishment narrative of the 2016 election cycle.

McCain has represented Arizona as a US Senator for 29 years, first assuming office in January 1987. Prior to his career in politics, he suffered harrowing torture as a prisoner of war between 1967 to 1973, in the notorious Hanoi Hilton torture camp in Vietnam.