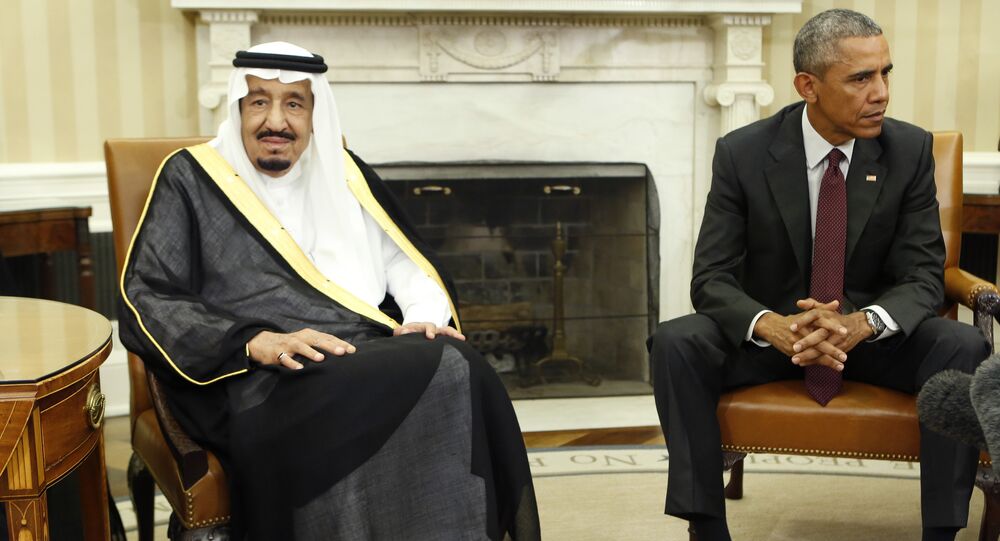 Washington's relations with Riyadh have long been troubled by a range of issues, including the Iran nuclear deal, the Syrian war, the Saudi campaign in Yemen and the oil kingdom's human rights record, but the two allies seem to be stuck with each other even if their once blooming love affair has turned into an unhappy marriage.

At least for the time being.

"The US-Saudi relations are going through hard times: on the one hand, national interests of both countries differ to an extent that they sometimes directly contradict each other. On the other, decades-long cooperation prevents both countries from severing ties," Lenta.ru observed.

The US-Saudi friendship can be traced to the 1940s. Washington needed a regional partner to help counter communism in the Middle East and was interested in the Saudi oil, while Riyadh was searching for a new ally as the British Empire was losing its former power. Bilateral relations reached their peak in the 1980s as the oil kingdom bankrolled the CIA's special operations all over the world.

© Flickr / Cyril Attias
What Exactly is Washington Hiding in Classified 9/11 Commission Report?
The ties took their first hit in the 1990s following the collapse of the Soviet Union. They soured further following the shale oil revolution in the US.

Iran, Saudi Arabia's archrival, became a major point of contention in the bilateral relations as soon as Riyadh learned of Washington's plans to reach a nuclear agreement with Tehran. The deal has been hailed as a major success by the Obama administration, while the Saudis view it as a betrayal.

Obama recently called on both countries "to find an effective way to share the neighborhood and institute some sort of cold peace," because their rivalry "has helped to feed proxy wars and chaos in Syria, Iraq and Yemen." The comments angered Saudi officials.

Riyadh's assertive foreign policy under King Salman, sometimes referred to as the Salman doctrine, has become another thorny issue. Washington has been unhappy with the oil kingdom's military campaign in Yemen and its meddling in the Syrian conflict. In both cases, al-Qaeda, the terrorist group behind the 9/11 attacks, has benefited from Saudi efforts.

© REUTERS / Kevin Lamarque
Useless Ally? Saudi Arabia 'Loses Confidence' in US Ability to Defend It
For its part, Riyadh was hoping that Washington would send ground troops to Syria, but the Obama administration has so far opted to rely on local ground forces, particularly the Kurds.

Human rights have also become a thorn in the side of the bilateral relations. Obama raised the topic prior to his recent visit to the oil kingdom promising to continue to apply pressure on the Saudis. But his latest remarks have been muted if compared to his 2002 speech when Obama referred to Saudi Arabia as a "so-called ally" that oppresses its own people and suppresses dissent.

"The reality is the US foreign policy establishment, including the State Department and Pentagon, are happy with the Saudi relationship," Stephen McInerney, executive director of the Project on Middle East Democracy, told the Intercept recently.

While both countries are irritated with each other, Washington and Riyadh are more intent on keeping bilateral ties afloat, fueled by billion dollar arms sales among other things, than cutting them. For instance, earlier in April, Obama pledged to veto any legislation that would provide 9/11 families the right to sue Saudi Arabia after Riyadh threatened to sell US assets.