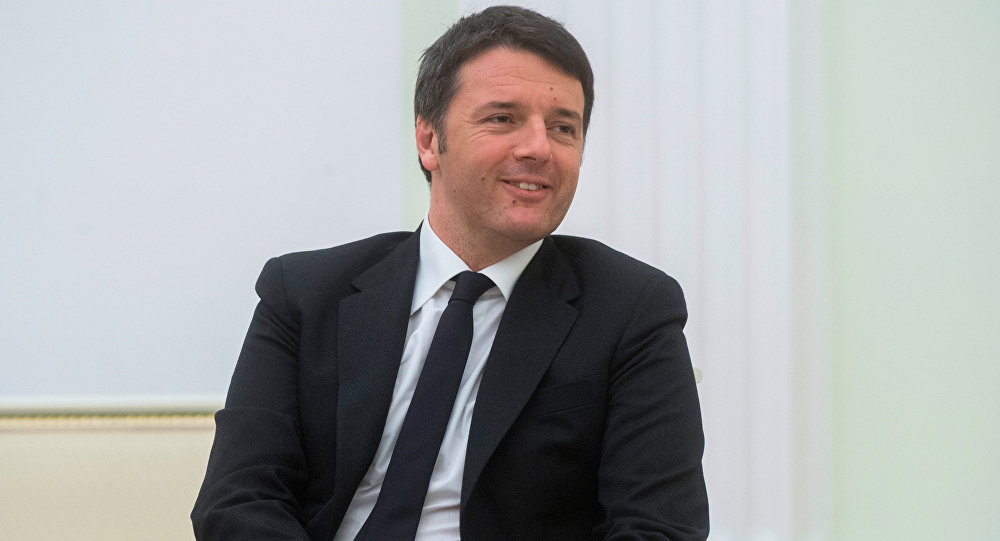 Sources in the Italian government told RIA Novosti on Tuesday that recent media reports about intention of Italian Prime Minister Matteo Renzi to call on Russia to remove food embargo imposed in response to EU economic restrictions were false.

ROME (Sputnik) — Earlier in the day, Russian media reported, citing a source close to the Italian government, that Renzi would raise the issue of a possible removal of the food embargo at the meeting with Russian President Vladimir Putin at the St. Petersburg International Economic Forum (SPIEF) in June.

"It is not true, [we] resolutely refute [the statements]," the sources said.

© AP Photo / Christophe Ena
French Farmers Demand End to Anti-Russia Sanctions - Lawmaker
Relations between Russia and the European Union member states deteriorated in 2014, when Brussels joined Washington in blaming Moscow for fueling the Ukrainian crisis, and imposed several rounds of sanctions on it as a punitive measure. The Russian authorities have refuted the allegations, warning that the Western sanctions are counterproductive.