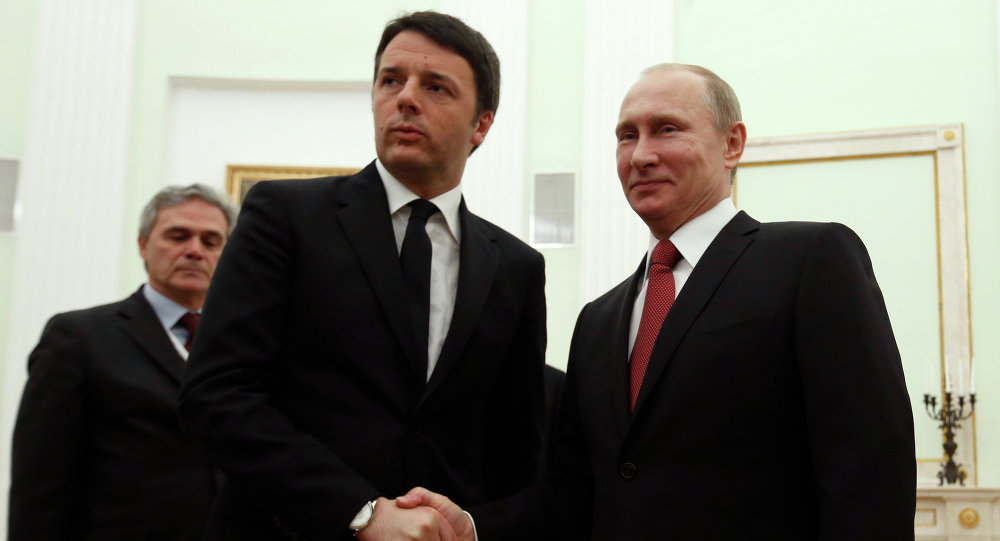 Italian Prime Minister Matteo Renzi will raise the issue of a possible removal of the food embargo, imposed by Russia in response to EU economic sanctions, at the St. Petersburg International Economic Forum (SPIEF) in June, Russian newspaper Izvestia reported Tuesday, citing a source close to the Italian government.

According to the source cited by Izvestia newspaper, the Russia-imposed food embargo significantly affects Italian producers who have suffered heavy losses since its introduction. Moscow's sanctions in 2014 alone cost Italy an estimated 3.6 billion euros ($4 billion).

Relations between Russia and Europe went downhill in 2014, when Brussels accused Moscow of fueling the Ukrainian crisis and imposed several rounds of sanctions on it. The restrictions targeted Russia's banking, energy and defense sectors.

The Russian authorities have refuted the allegations, warning that the Western sanctions are counterproductive. In response to the Western restrictive measures, in August 2014, Russia announced a food embargo on some products originating in states that imposed sanctions against it.