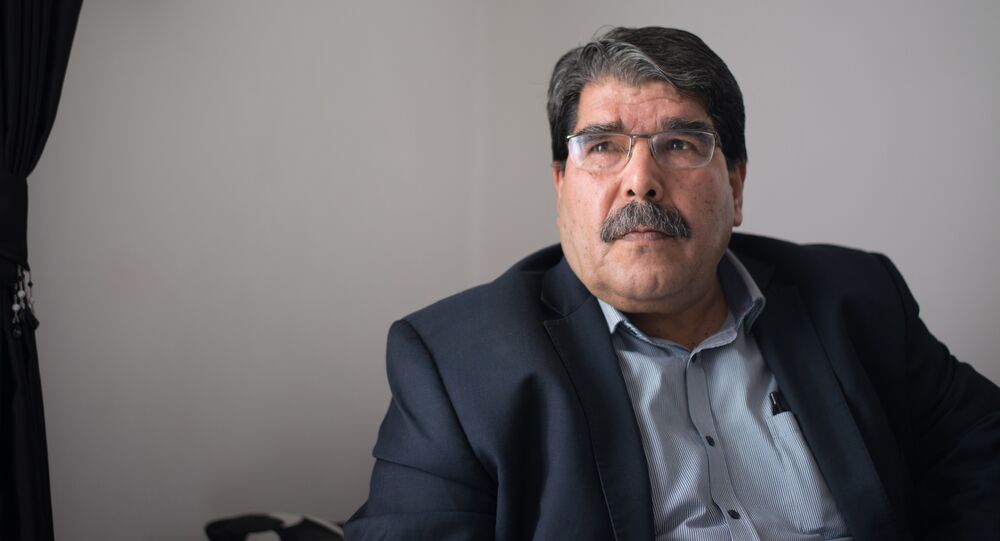 Syria's Kurdish Democratic Union Party should represen the interests of the Syrian Kurds at peace talks in Geneva.

© AFP 2020 / DELIL SOULEIMAN
Federalization of Syria Could Unite Country Rather Than Divide It - PYD
MOSCOW (Sputnik) — Syria's Kurdish Democratic Union Party (PYD) is the force that should represent the interests of the Syrian Kurds at peace talks in Geneva aimed at ending the devastating five-year civil war, a representative of the PYD in Russia told Sputnik on Thursday.

"When the international community speaks about the representation of Kurds [at the Geneva talks], they have in mind the PYD. It is the force that has been fighting against Islamic State [militant group] for all five years of the war, so it is the PYD that represents the interests of the Kurdish people in Syrian Kurdistan," Abd Salam Ali said, answering a question about who is best placed to represent the interests of the Syrian Kurds at the Geneva talks.

© AFP 2020 / JACQUES DEMARTHON
Syria's Kurdish Party Urges Political Settlement of Crisis – PYD Co-Chair
While the Kurds are the largest ethnic minority in Syria, none of their representatives have been invited to the Geneva negotiations. A number of politicians from around the world, including former US Ambassador to Syria Robert Ford, Russian envoy to the United Nations in Geneva Alexey Borodavkin and Mais Krydee, a representative of the Hmeimim group of the Syrian opposition, supported the idea of Kurdish participation in the talks.

The PYD representative added that Turkey had its reasons for doing "its utmost to block the PYD from participating – they know it is a real force."

The PYD claims that its participation in the intra-Syrian talks was blocked by Ankara because of its assumed links to the pro-independence Kurdistan Workers' Party (PKK), which is active in southeastern Turkey and is considered to be a terrorist organization by Ankara.