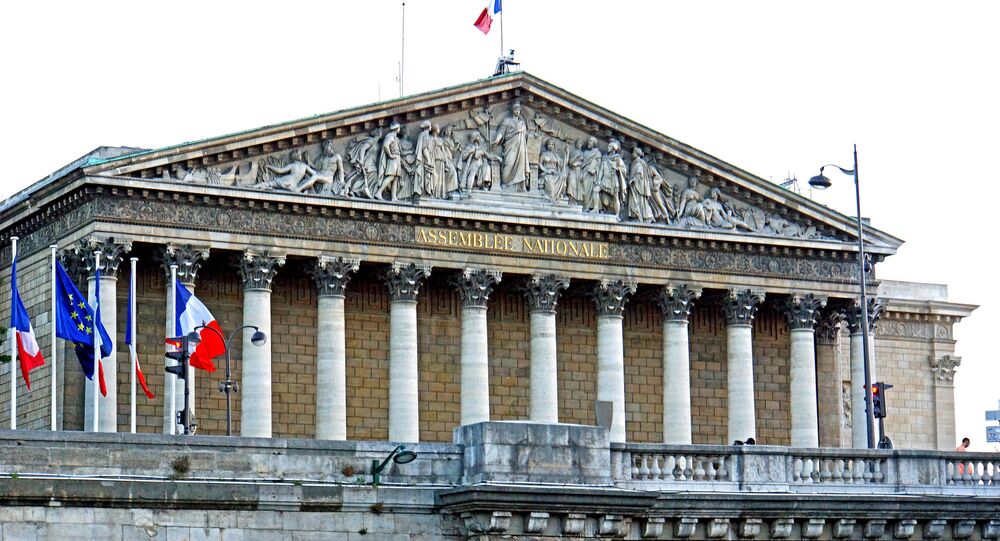 The French National Assembly will discuss lifting of the anti-Russian sanctions on April 28.

“On April 28, the first vote on lifting the sanctions against Russia will be held in the French National Assembly,” Rochebloine told RIA Novosti in an interview.

He said that of the lawmakers decide to lift the sanctions, then this would show France’s stance.

“If the Assembly makes this decision, this will show France’s position,” Rochebloine added.

The lawmaker added that the suggestion to hold the Assembly meeting was introduced by France's member of parliament Thierry Mariani, who believes sanctions against Russia are harmful for both countries' economies.

The anti-Russian sanctions were first implemented in 2014 after Brussels joined Washington in accusing Moscow of fueling the Ukrainian crisis. Russia has repeatedly refuted the allegations and responded with an embargo on food products from the countries that sanctioned it.

Lift Them! Polish Party Calls for End of Anti-Russian Sanctions