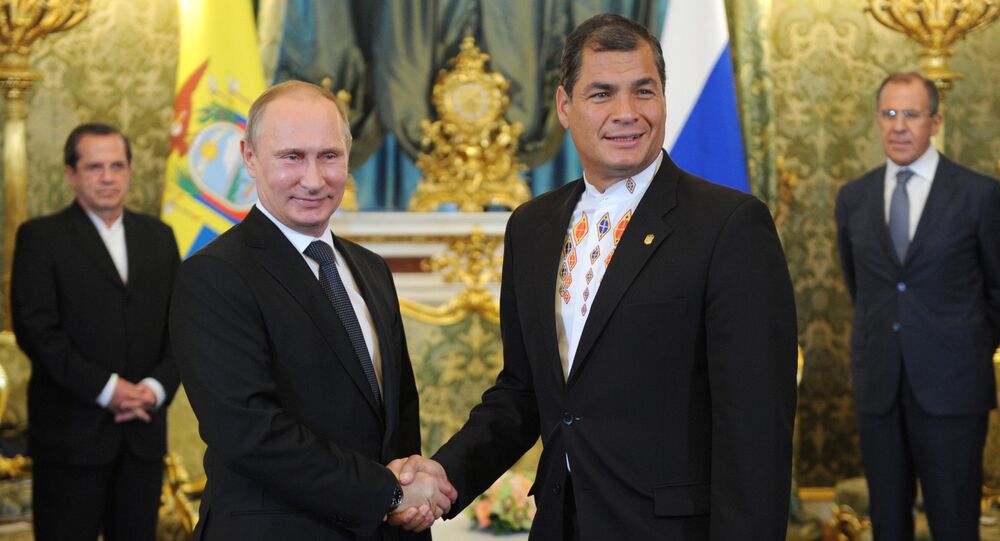 The Ecuadorean authorities are very interested in Russian President Vladimir Putin visiting the country in future as they are keen to thank Russia for its assistance, Ecuadorean Ambassador to Russia Julio Cesar Prado Espinosa told Sputnik.

"The presence of president Putin in Ecuador awakens great interest in us. Not only because he is a global personality, but also because we want to thank Russia for all it does for Ecuador – in academic, commercial, investment and political sectors," the diplomat said.

The country's authorities would also like Russian Foreign Minister Sergei Lavrov to pay a visit to the country before the presidential elections next February, the ambassador said.

"The date of Lavrov’s visit [to Ecuador] depends on the next meeting of the deputy foreign ministers, where the possible date will be examined. Our idea is that the visit of foreign minister Lavrov takes place before the presidential elections in Ecuador. But this is our idea," Julio Cesar Prado Espinosa said.

According to the official, Lavrov’s Ecuadorean counterpart Ricardo Patino invited him to visit the country in New York in September.

Russia and Ecuador have long maintained friendly and productive bilateral relations. In 2013, during Correa’s meeting with Putin in Moscow, the two leaders signed a number of transport and energy agreements.