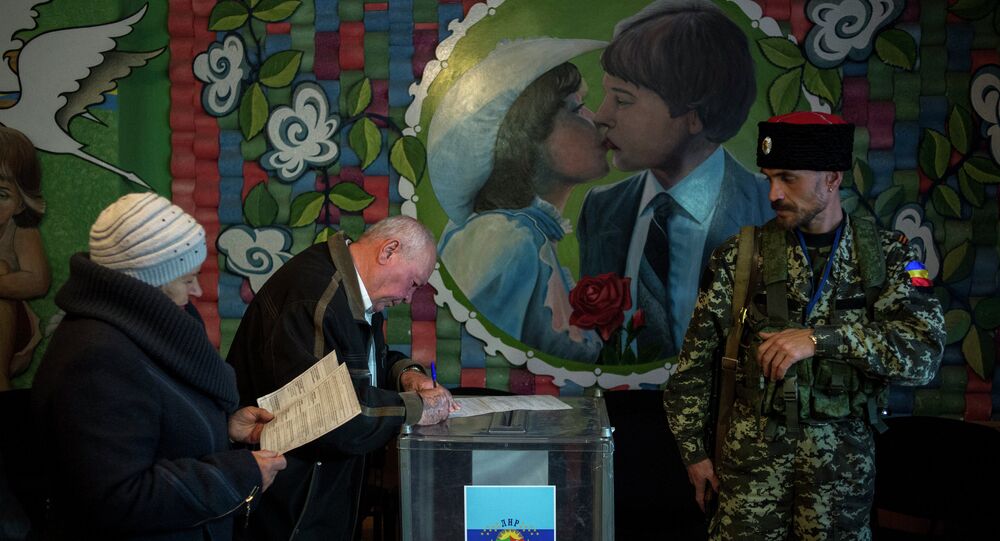 The Lugansk People's Republic postponed the elections of the local heads from April 24 to July 24.

LUGANSK (Sputnik) – Local elections in eastern Ukraine’s self-proclaimed Lugansk People’s Republic (LPR) have been postponed from April 24 to July 24 of 2016, according to a decree by LPR leader Igor Plotnitsky posted on his official website on Tuesday.

© Sputnik / Sergey Averin
Donetsk People's Republic Postpones Local Elections to July 24
The decree comes into effect upon publication. Ukraine's southeast has been engulfed in a military conflict since April 2014, when Kiev launched a military operation to suppress Donbass residents who expressed their dissatisfaction with the country's coup-imposed government.

The self-proclaimed Donetsk and Lugansk people's republics were established in Ukraine's Donbass after the May 2014 independence referendums.

The Minsk peace deal, reached in February 2015 between the conflicting sides, included a truce, prisoner swaps and constitutional changes in Ukraine.