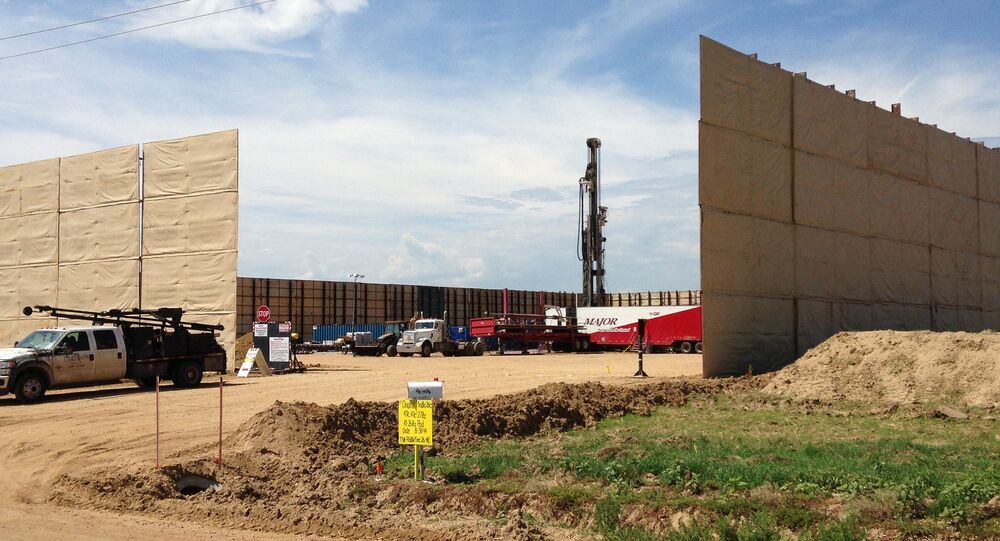 On Sunday, negotiators from the world's major oil-producing countries, including both the Organization of the Petroleum Exporting Countries (OPEC) members and the non-cartel producers, failed to reach an agreement on freezing production levels in talks in Doha, Qatar.

© AFP 2021 / Andrew Caballero-Reynolds
How the 'Obama Doctrine' Ended US-Dominated Order in the Middle East
The news triggered a sharp drop of about 4 percent in oil prices, raising concerns about further developments in the global energy market.

According to German financial expert and journalist Ernst Wolff, the failure to reach any agreement during the meeting may have fatal consequences for the entire world. The decreasing oil prices raise the risk of war in the Middle East and may result in a number of serious armed conflicts worldwide, the expert argued.

"We are dealing with a very dangerous situation. On the one hand, the demand is decreasing, because the global economy is currently in a state of stagnation, and partly, recession. On the other hand, we are facing oversupply and a drop in oil prices," Wolff said in an interview with Sputnik.

"Oil storages are full, oil tankers are lining up in kilometer-long traffic jams. As result, some states are already experiencing serious difficulties. Venezuela is in the default risk zone. Nigeria, Angola and Azerbaijan have already requested emergency loans," the expert explained.

At the same time, Wolff stressed that the core of all problems lies in the US financial sector which invested lots of money in the fracking industry and now has to bear huge losses.

© Flickr / DVIDSHUB
Middle Eastern Adventure: US is Heading Back Into the Terror Trap
In order to be afloat, the fracking industry requires the oil price at 80 dollars per barrel. The current prices, on the contrary, pose a serious danger to the industry, with 50 major companies in this field having already gone bankrupt, Wolff argued.

The failure of the fracking industry will lead to serious difficulties for the US financial sector and put the country on the verge of bankruptcy.

"The question is: What would solve this problem? […] Only a sharp increase in oil prices. Why could the oil price rise? Very simple: because of the war in the Middle East, during which many oil wells will be destroyed," the expert said.

According to Wolff, developments in the Middle East should be closely monitored as the US could try to destabilize the region out of its own interests.

"The Americans have already created an enemy: IS [Islamic State]. And now we have to watch what excuses will be used to accelerate the spread of the war in the region," Wolff stated.

Wolff argued that the current oil crisis may also have negative social consequences in various countries, as many oil workers will be dismissed and social conflicts will break out. According to the expert, oil is the most popular commodity and is associated with a huge number of jobs.

"It means that now and in the future hundreds of thousands of employees will be fired," the expert stated. "The problems are always solved at the cost of the most vulnerable ones," he added.