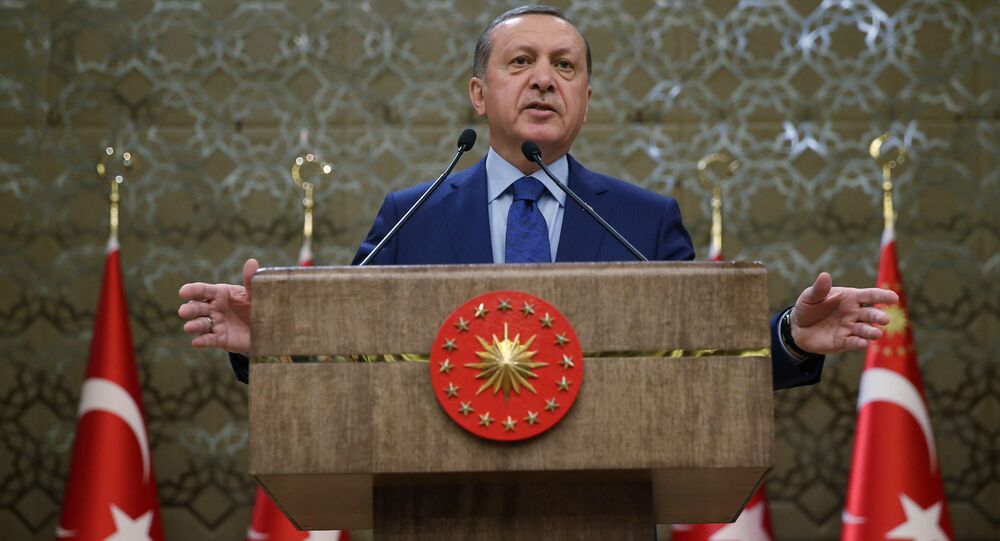 ANKARA (Sputnik) — On Thursday, the European Parliament adopted a resolution urging to separate the EU-Turkey deal on migration from the process of Ankara's accession to the bloc. The resolution also urged Turkey to progress in implementing the rule of law, freedom of expression and an independent judiciary and to end the conflict with Kurds in the country's southeast.

"On April 23, certain EU leaders are coming here, they will inspect refugee camps in Gaziantep. Will they look for answers contained in the resolution? Three million refugees are staying here instead of disturbing the Europeans, what does the resolution offer on this matter? In a period when there is positive progress taking place in various directions, the adoption of such a document is a provocative and destructive approach," Erdogan said while addressing the heads of Turkey's village administrations.

© AFP 2019 / ILYAS AKENGIN
EU Fears Visa-Free Deal With Turkey Because of Kurds' Oppression
In March, Europe and Turkey agreed on a deal under which Ankara pledged to take back all undocumented migrants that had arrived to the European Union in exchange for Syrian refugees on a one-for-one basis.

In return, the European Union pledged to provide a total of 3 billion euros (over $3.3 billion) to Turkey for dealing with refugees, with a possible further 3 billion-euro provision, accelerate Turkey's EU accession process and introduce a visa-free regime between Turkey and Europe.