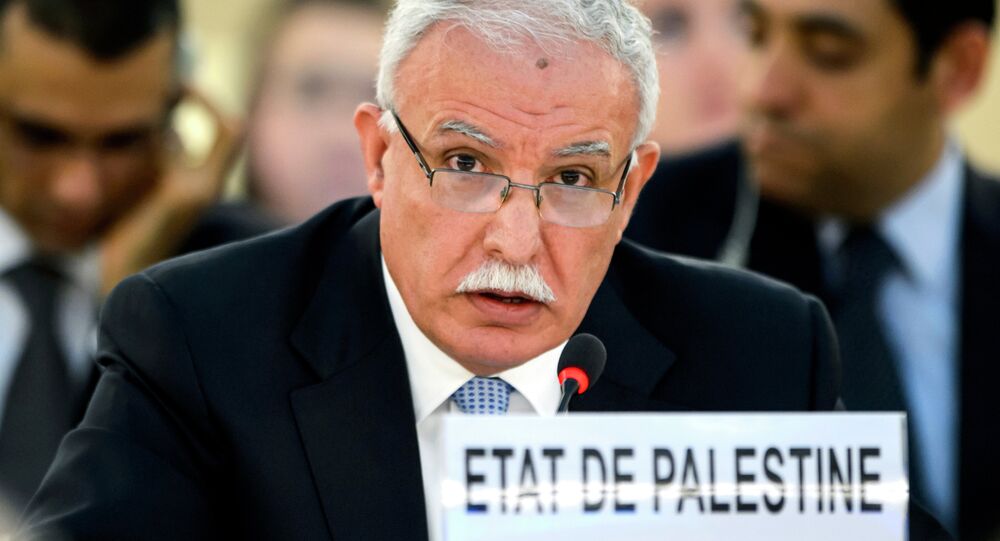 The fact that Israeli Prime Minister Benjamin Netanyahu and Palestinian leader Mahmoud Abbas will visit Russia around the same time is likely a coincidence, and Israeli-Palestinian talks are the "last thing on Netanyahu's mind," Riyad Maliki, Foreign Affairs Minister of the Palestinian National Authority, told Sputnik on Monday.

"I don't think that Netanyahu's visit is related to the Palestinian issue. The fact that the dates of the visits are so close is a coincidence. I expect Netanyahu's visit to revolve around the situation in Syria, the goals set for Syria. Israel wants some kind of guarantees that the transitional period in Syria will not be a threat to Israel, that is what Netanyahu will discuss. Israeli-Palestinian negotiations are the last thing on his mind," Maliki said.

Palestinians seek the recognition of their independent state, proclaimed in 1988, on the territories of the West Bank, including East Jerusalem, and the Gaza Strip. The Israeli government refuses to recognize Palestine as an independent political and diplomatic entity, and builds settlements on the occupied areas.

The State of Palestine is recognized by 136 of the 193 UN member states, including Russia.