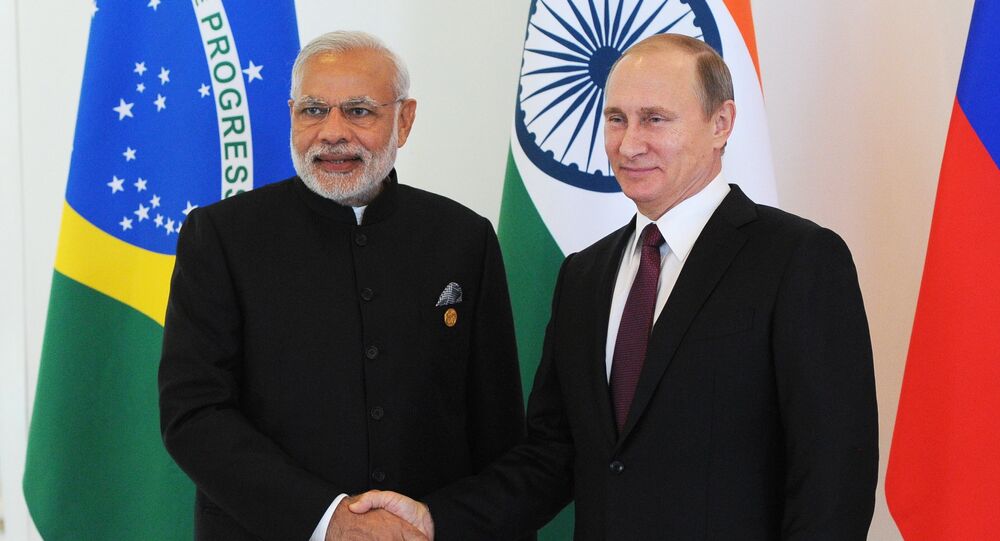 Russia will do its best to support the program of Indian presidency in the BRICS association of five emerging economies, Russian Foreign Minister Sergei Lavrov said Monday.

"We will support the program of your presidency [in BRICS] in every possible way and to ensure further strengthening of this significant forum," Lavrov said at the meeting with his Indian counterpart Sushma Swaraj.

He added that the political dialogue between Moscow and New Delhi reflected a special nature of a privileged strategic partnership.

BRICS is an association of five developing economies, which comprises over one third of the world’s population. The five nations have a combined nominal GDP equivalent to approximately 20 percent of gross world product.

BRICS Countries to Push for Continuation of IMF Quota Reforms