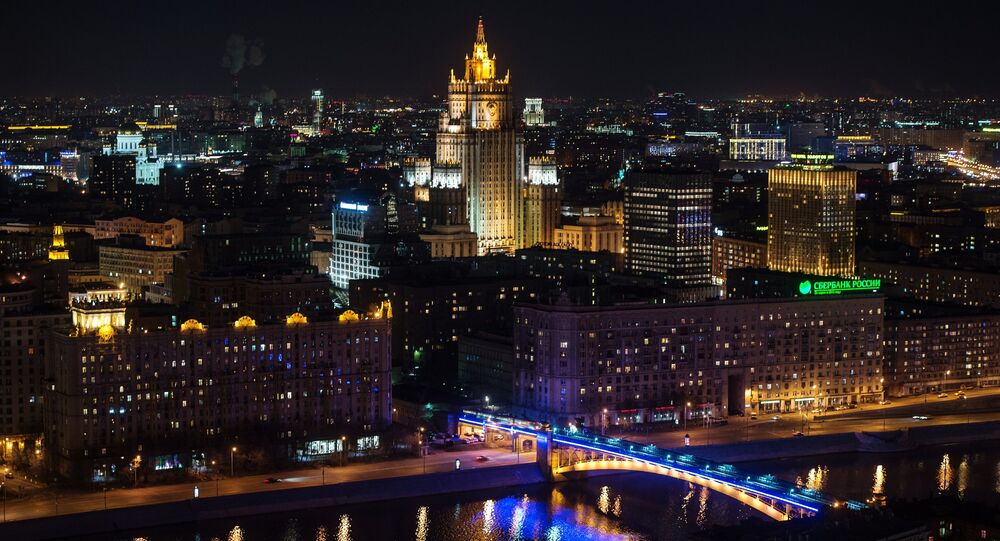 Monday's meeting between Russian Foreign Minister Sergei Lavrov, Indian top diplomat Sushma Swaraj and their Chinese counterpart Wang Yi is set to be the 14th trilateral summit in the Russia, India and China (RIC) format. The meetings focus on addressing international issues and mutual cooperation among the three countries. India will gain chairmanship of the group following the meeting.

"During the meeting, the ministers will thoroughly look into global and regional issues, issues of strengthening international law and collective fight with common challenges. Special attention will be devoted to the situation in the Middle East and North Africa, including Syria, Iraq, Libya, the Middle Eastern peace process, the situation in Afghanistan and the settlement of the Ukrainian crisis," the Russian Foreign Ministry said in a statement.

© AFP 2020 / TIMOTHY A. CLARY
Russian-US Cooperation on Syria Constructive
The RIC mechanism is an important part of multilateral diplomatic networking, the ministry noted, stressing that the meetings aid in achieving a comprehensive, equal and unified system of security in the Asia-Pacific region, as well as its sustainable economic development.

Coordination within multilateral summits, including the United Nations, the Shanghai Cooperation Organization, the BRICS, the Conference on Interaction and Confidence-Building Measures in Asia (CICA) and various East Asian summits, will also be covered during the meeting, the ministry said.

Trilateral contacts of the RIC format began with meetings during UN General Assemblies between 2003 and 2005, as well as during the 2004 CICA meeting in Almaty, Kazakhstan. RIC foreign minister meetings have been held independently of other summits since 2005.