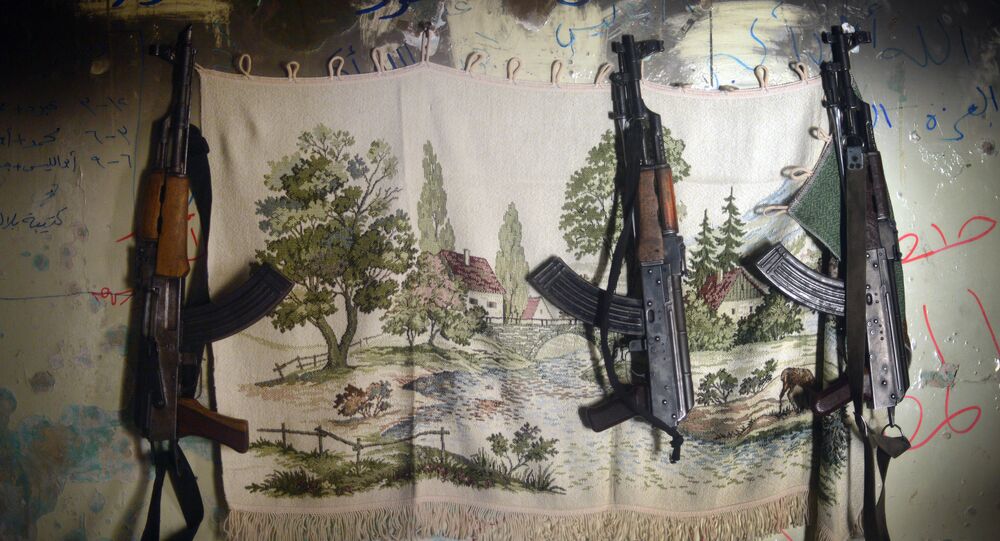 © AFP 2020 / BARAA AL-HALABI
CIA Prepares to Arm Syrian Rebels With Lethal Weapons Should the Truce Collapse
The Syrian ceasefire is hanging in the balance, former Republican congressman Ron Paul and political analyst Daniel McAdams note in their Liberty Report; however, Washington continues to push ahead with its military program aimed at training and arming the so-called Syrian rebels.

© Sputnik / Ramil Sitdikov
Learning From Russia: Why Washington Gets It All Wrong About Syria
Therefore, the CIA is turning a blind eye to the fact that the Syrian rebels and al-Nusra Front's terrorists are "co-mingled."

© AFP 2020 / BRENDAN SMIALOWSKI
In Pilate's Footsteps: Congress Washes Its Hands of Responsibility for Wars
However, this question remains largely neglected by the US policymakers. The lessons of the past remain unlearnt and what Washington is doing right now in Syria and Iraq is "the reactivation of the militarism," he stressed.