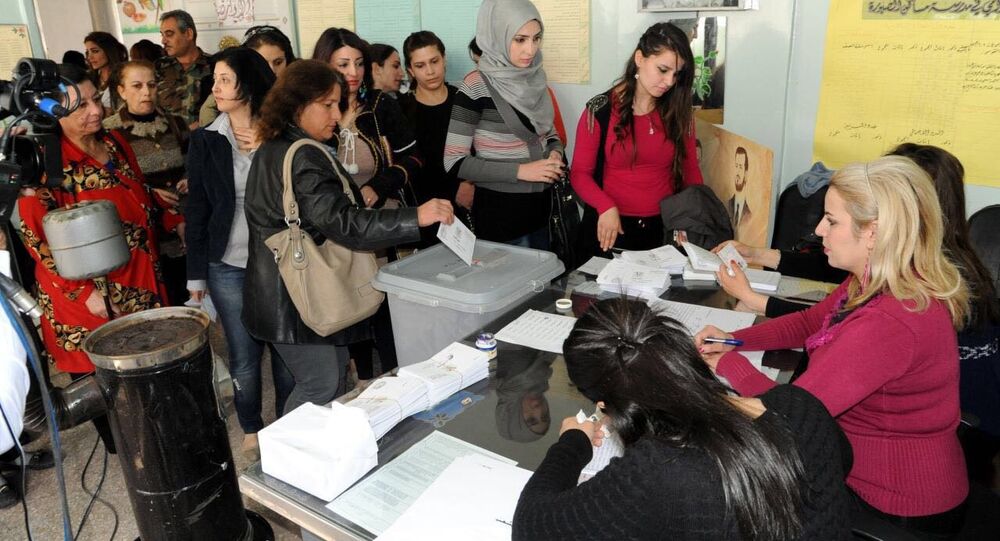 Unlike numerous radical Islamist factions in Syria, the "true" opposition forces show strong support for the ongoing parliamentary elections in Syria, as they desire to play a part in strengthening democratic institutions in the country, a lawmaker and a member of the French legislative defense commission told Sputnik on Wednesday.

"I believe that most of the true political opposition to Assad, which is not Islamist, is favorable to such elections. We met during our recent trip to Syria MPs who were not belonging to Assad's majority and we heard they were wishing to play their democratic role," Nicolas Dhuicq, a member of the French lawmakers' delegation that visited Damascus at the end of March, said.

Dhuicq added that Wednesday’s vote in Syria is a "symbolic gesture in a country at war after five years of slaughter, especially when al-Nusra is gaining strength around Aleppo."

© REUTERS / Denis Balibouse
Syria Parliamentary Elections Unlikely to Negatively Affect Peace Talks - French MP
Earlier in April, Syrian President Bashar Assad told Sputnik in an interview that holding parliamentary elections confirmed the existence of Syria as a state despite the presence of terrorism, and the large number of candidates in the electoral process showed there was strong support and desire among the Syrians to strengthen Damascus's legitimacy.