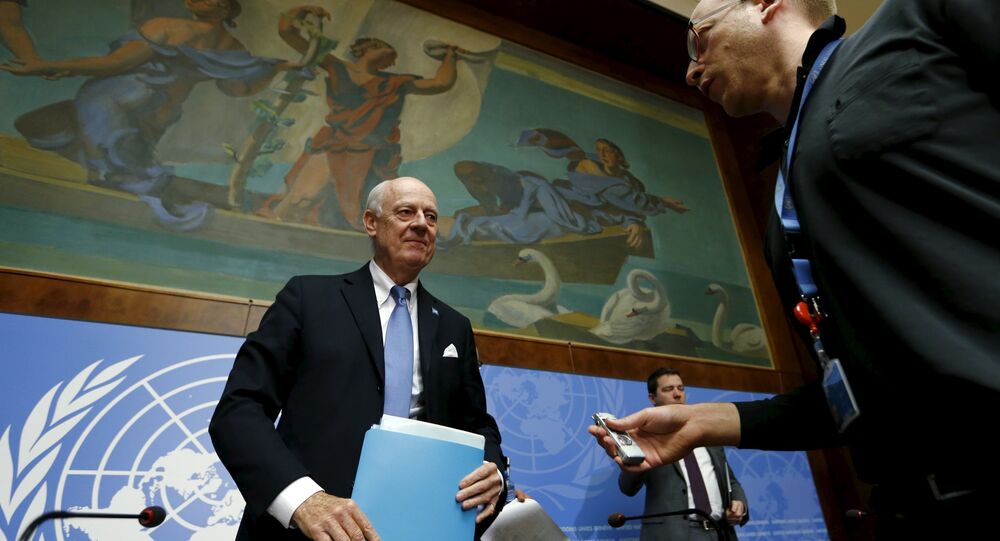 The parliamentary elections in Syria will not lead to any significant changes in the course of Syrian peace talks currently held in Geneva, the president of the France-Syria Friendship Group at the French National Assembly told Sputnik on Wednesday.

MOSCOW (Sputnik) — On Wednesday, Syrians in government-controlled areas headed to polling stations to elect a new 250-member parliament. The same day another round of Syrian peace talks between the opposition and the governmental delegation aimed at ending the war was launched in Geneva.

"In regard to the geopolitical issues or negotiations in Geneva, the election will not fundamentally change anything. If to speak about their influence on the political process at the local level, then, I suppose, in some regions the independent candidates may oust the ruling party ‘Baath’," Gerard Bapt said.

© REUTERS / Key words:
Iran and France Express Concerns Over Syrian Peace Process
While some Western leaders and members of the Syrian opposition stated the elections may undermine the Geneva peace process, Damascus says the vote is constitutional and not connected to the peace talks in Geneva.

Voting stations have been set up in 12 of Syria's 14 provinces with the northern province of Raqqa is still under the control of the Islamic State group while the northwestern province of Idlib is controlled by another terrorist group Nusra Front, both outlawed in Russia.

Internal Syrian Opposition Due in Geneva for Talks – Delegation Member