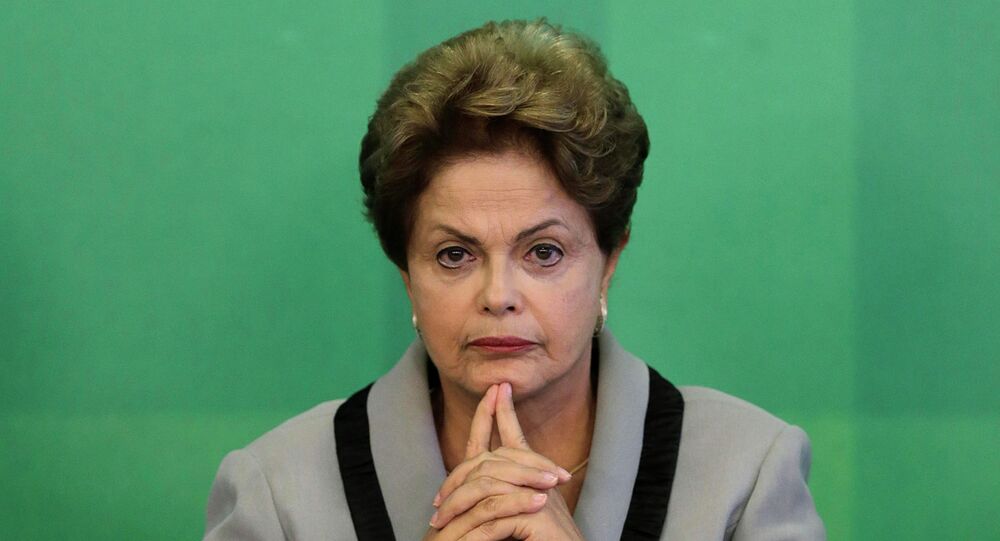 © REUTERS / Ueslei Marcelino
Moscow Hopes Possible Rousseff's Impeachment to Be in Line With Constitution
MOSCOW (Sputnik) — On Monday, a committee of Brazil's lower house approved a report recommending the impeachment of Rousseff.

"I don’t believe that the Brazilian president should face impeachment because for me it is clear that there is no substance that allows to face it," Samper, a former present of Colombia, said.

Samper expressed his concern over "the difficult governance that generates this politically motivated situation," hoping that this crisis "is handled within the standards of rule of law established by the constitution."