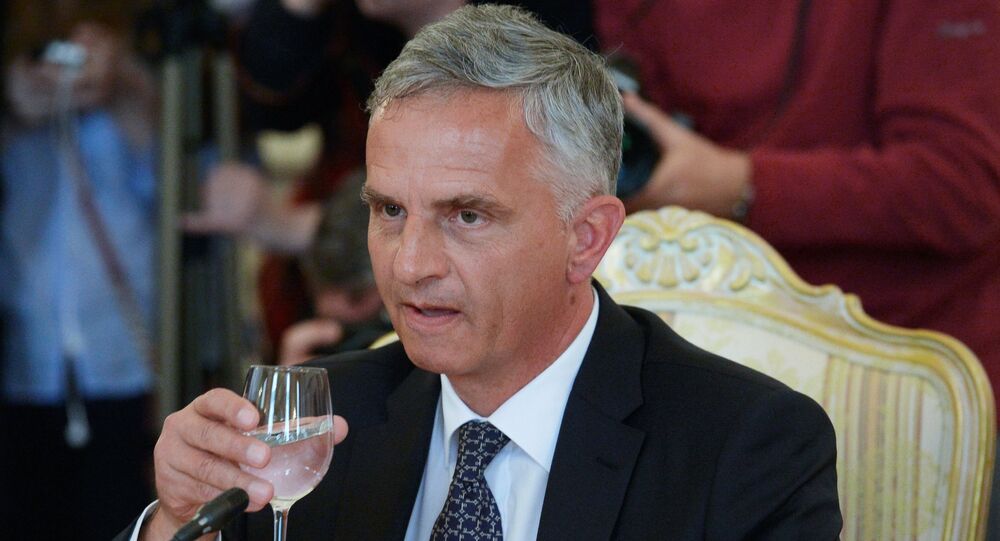 Switzerland is ready to mediate the conflict in Ukraine.

© Sputnik / Karo Saakian
Tensions in Nagorno-Karabakh Ease Due to Russia's Efforts - Swiss FM
MOSCOW (Sputnik) — Switzerland's neutrality in the east Ukrainian crisis puts it in a position to mediate the conflict in order to bridge the gap between all parties involved, Swiss Foreign Minister Didier Burkhalter said Monday.

"The vision of Switzerland is not that of the Kremlin or that of Ukraine. It is the vision of the Swiss government. Switzerland believes we can play a role of the bridge, and…we are able to discuss the conflict situation with everyone," Burkhalter said after a meeting with Russian Foreign Minister Sergei Lavrov.

Burkhalter said it was important to look for a solution instead of playing a blame game. He admitted there were differences between Moscow and Bern on the issue but underscored the importance of finding a way out of the Ukrainian crisis together.

"On Ukraine, I want to say that we do not agree on every issue with Russia, there are differences, but it does not prevent us from cooperation and looking for attempts to find a solution," Burkhalter said.

The OSCE Special Monitoring Mission to Ukraine (SMM) said last week it had registered a spike in violence in the Donetsk region. It also continued to note the presence and use of proscribed weapons within the agreed security zone in eastern Ukraine.