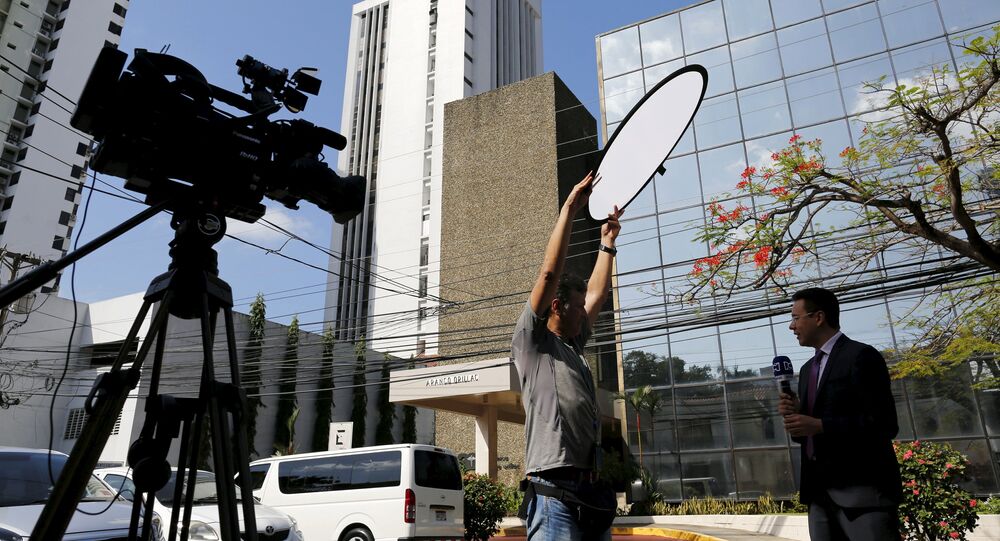 On Sunday, the German newspaper Sueddeutsche Zeitung revealed documents about large-scale tax-evasion and other illegal activities currently being conducted by some of world's most powerful people. The paper cited documents from the Panama-based law firm Mossack Fonseca, leaked by an anonymous whistleblower. The company's clients include Ukrainian and Chinese presidents, the father of the British Prime Minister, a close friend of the Russian president and many others.

According to Palan, the leaks, for the first time, provide direct evidence of a long-known practice, and it is the evidence that changes the game completely. "It's one thing to think that [rich people evade taxes], it's another thing to have actual proof. None of the techniques that've been used by different actors here are are surprise to me."

Palan says that, while having offshore accounts is not technically against the law, the ability to evade taxes by the use of such accounts is illegal. "What these papers do is they reveal criminal activities."

"I did hear the theory or hypothesis that the CIA was behind this," he added, "and that's why US citizens are not implicated."

The author explains the absence of US citizens by suggesting that using Panama offshore accounts would be very dangerous for Americans or US companies, thanks to agreements between the governments of United States and Panama.

Palan also noted that not only are US citizens omitted in the papers, but European citizens as well. He theorizes that it might be in the interest of US intelligence agencies to imply that representatives of the Russian government are avoiding taxes. He presumes that the information was released partly to threaten (by a subsequent release of more information) or "embarrass" Russian President Vladimir Putin. This will "further reinforce the view of the Russian political system as extremely corrupt."

Earlier, Kremlin spokesman Dmitry Peskov said that most of the leaked data had nothing to do with the Russian President. The remainder, he said, was the usual speculation, requiring no response from Moscow.