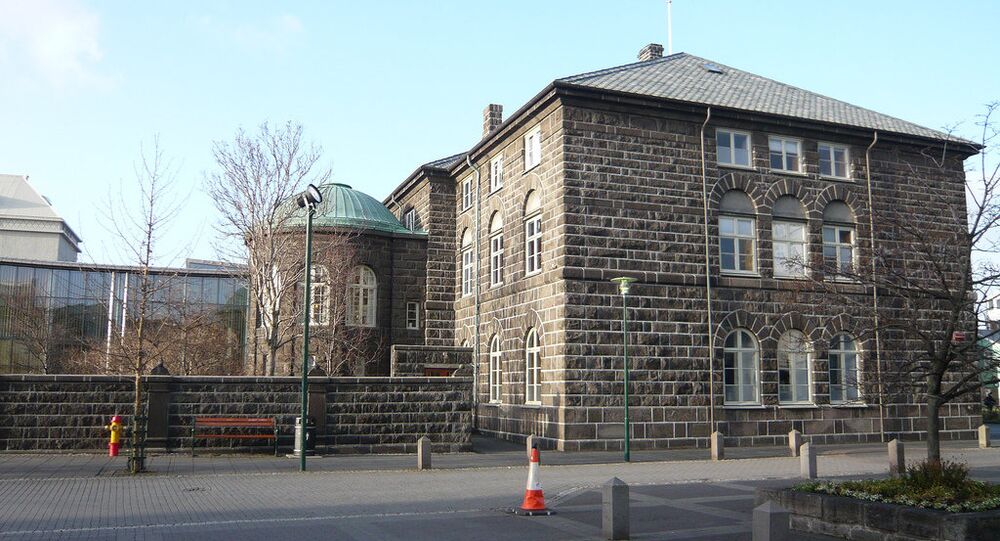 MOSCOW (Sputnik) – Earlier this week, Iceland's Prime Minister Sigmundur David Gunnlaugsson was forced to resign amid a political scandal that broke out in the country over the Panama Papers leak.

The Iceland Monitor said on Wednesday that apart from the appointment of Sigmundur Ingi Jóhannsson as the new prime minister, the country’s government remains otherwise unchanged.

© AP Photo / Evan Vucci
Iceland's President Rejects Call to Dissolve Parliament Over #PanamaPapers
Parliament member Asta Helgadottir has confirmed to Sputnik that Sigmundur David Gunnlaugsson was resigning. "The minister of agriculture and fisheries is taking his place," she said.

On Monday, some 22,000 people rallied in front of the Icelandic parliament in Reykjavik, demanding the prime minister's resignation over allegations that Gunnlaugsson and his wife owned an offshore creditor company with stakes in three Icelandic banks that collapsed in 2008.

Mossack Fonseca, the Panamanian law firm that reportedly leaked the documents, refused to verify the information contained in the leaks. The company accused reporters of gaining unauthorized access to its proprietary documents and warned that using unlawfully-obtained data was a crime that it would not hesitate to punish by legal means.