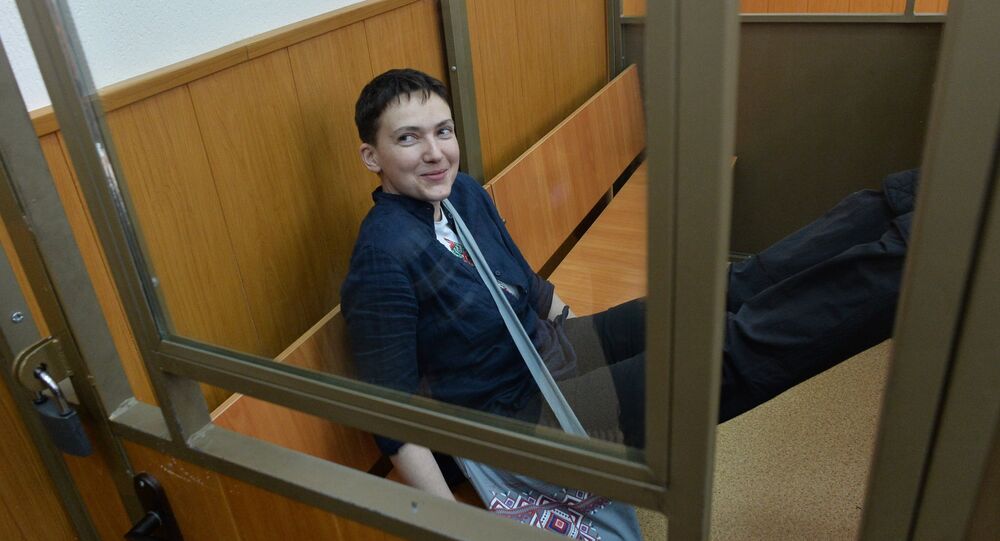 Russian President Vladimir Putin has not made any decisions in regard to Ukrainian national Nadezhda Savchenko, who is currently jailed in Russia, Kremlin spokesman Dmitry Peskov said Tuesday.

MOSCOW (Sputnik) — Savchenko was convicted in March of directing artillery fire during the conflict in eastern Ukraine that led to the deaths of two Russian journalists, Igor Kornelyuk and Anton Voloshin, on June 17, 2014.

"No, not as of today," Peskov said, answering a question on whether Putin had decided on a possible prisoner swap in the Savchenko case, adding that no contacts with Kiev are currently planned on the matter.

Kiev authorities claim that Alexander Aleksandrov and Yevgeni Yerofeev were serving in the Russian military at the time of their capture in the Lugansk region, while the Russian military says both men were not on active duty and traveled to Ukraine on their own volition.