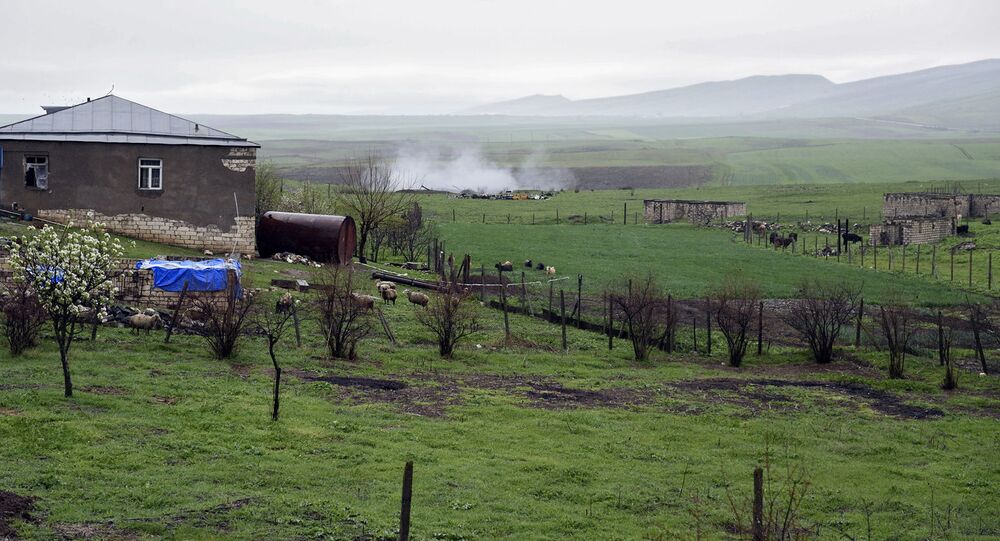 PARIS (Sputnik) — On Saturday, Azerbaijan and Armenia reported about fighting in the disputed region of Nagorno-Karabakh. According to the UN Office for the Coordination of Humanitarian Affairs (OCHA), at least 33 people were killed and more than 200 injured as a result of violence escalation.

"The Co-Chairs of the Minsk Group — Ambassador Pierre Andrie [of France], his colleagues from the United States and Russia…will meet in Vienna with the Minsk Group and will participate in the session of the OSCE Permanent Council on April 5," Nadal told reporters.

© Sputnik / Iliya Pitalev
Armenia to Recognize Nagorno-Karabakh Independence if Hostilities Increase
The conflict in Nagorno-Karabakh began in 1988, when the Armenian-dominated autonomous region sought to secede from the Azerbaijan Soviet Socialist Republic, before proclaiming independence after the Soviet Union's collapse in 1991. The rival sides agreed on cessation of hostilities in 1994. In September 2015, the conflict escalated, with the sides blaming each other for violating the truce.

The OSCE Minsk Group, co-chaired by the United States, Russia and France, has been mediating the Nagorno-Karabakh conflict settlement since 1992.