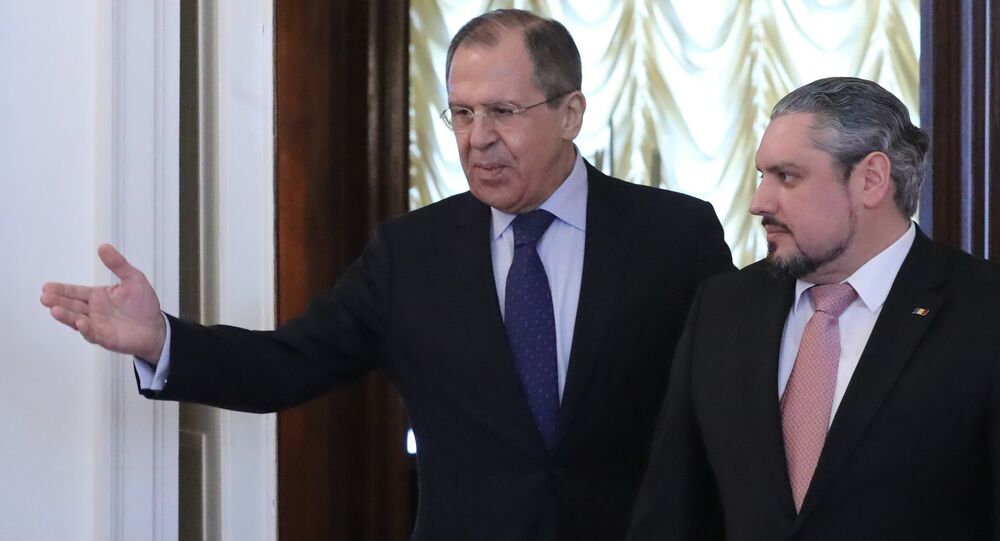 Russia is ready to continue being a guarantor in the settlement of Transnistria political crisis.

“We were talking about Transnistria’s settlement. Russia is ready to continue fulfilling its functions as a mediator in the negotiations and as a guarantor of agreements reached. We are interested in that the current stage of mistrust between Chisinau and Tiraspol is overcome and that we can all try to reach a solution that would comply with the interests for an all-encompassing and viable settlement of the situation,” Lavrov said during a joint press conference with Moldovan Foreign Minister Andrei Galbur in Moscow.

Lavrov also thinks that Kiev is misusing its position as a guarantor in the settlement of the Transnistria conflict by taking unilateral steps against Tiraspol.

“Today we discussed a range of measures that should not hamper our common efforts, and unilateral steps that are taken even now on this issue aren’t helping. There’s a well-known topic on criminal cases against political leaders in Transnistria, which doesn’t make the likelihood of renewing negotiations on the most important issues,” Lavrov said during a joint press conference with Moldovan Foreign Minister Andrei Galbur in Moscow.

“There is an agreement between Moldova and Ukraine in regard to controlling activities of Transnistria, the movement of people, and measures that have been taken unilaterally, which contradict the 1997 memorandum. It was strange for us that our Ukrainian neighbors, who with Russia are observers in the negotiations process, as well as guarantors in the settlement process, have misused their position by taking steps that have a unilateral character,” Lavrov said.

© Flickr / Dieter Zirnig
Moldova's Call to Replace Russian Transnistria Peacekeepers Dangerous - FM
Transnistria, a region dominated by an ethnically Russian and Ukrainian population, broke away from the Soviet Republic of Moldova in 1990, fearing the country might seek to reunify with neighbouring Romania. The move triggered a war that ended in a ceasefire in July 1992, but the conflict has remained unresolved.

Russian peacekeepers have been upholding peace in the region, along with their Moldovan and Transnistrian counterparts.