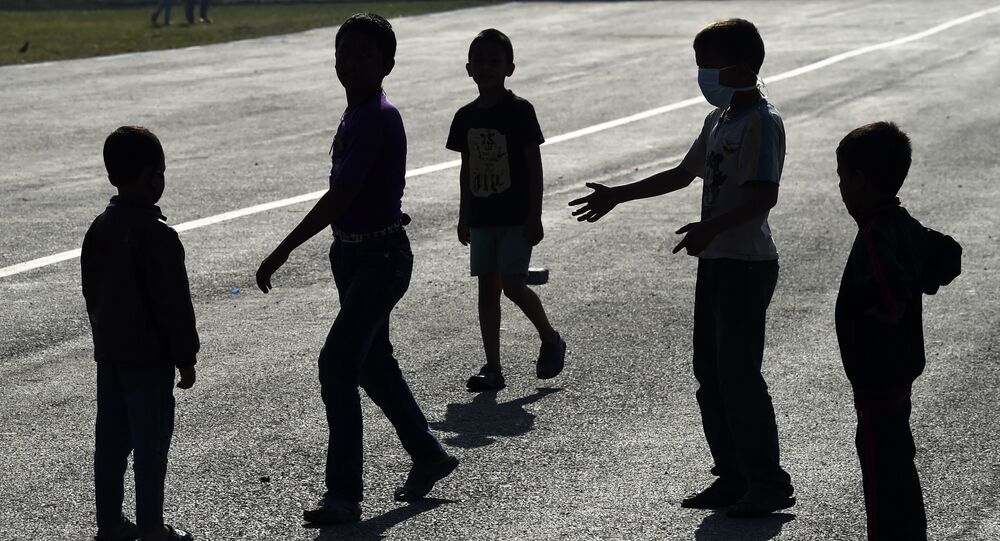 UK Home Secretary Theresa May has urged the National Crime Agency (NCA) to launch an investigation into the findings by a British newspaper, claiming that child survivors of the Nepal earthquake are being sold to wealthy UK families as domestic servants.

MOSCOW (Sputnik) – An investigation by the Sun newspaper indicated that black market gangs operating in India’s Punjab province sold boys and girls as young as 10 for only 5,250 British pounds ($7,476). The daily cited slave trader Makkhan Singh, who said his gang supplied lads to the United Kingdom and most of the kids were Nepalese.

"Child trafficking is a truly abhorrent crime. We encourage The Sun to share its findings with the police and NCA so action can be taken against criminals who profit from this trade," May was quoted as saying by Sky News on Monday.

No child should be forced into slavery, she stressed.

"That is why we introduced the Modern Slavery Act last year, which included enhanced protections for potential child victims and sentences up to life imprisonment for those guilty."

The Modern Slavery Act is designated to root out slavery and human trafficking in UK supply chains. The legislation was introduced on March 26, 2015.

On April 25, 2015, a 7.8-magnitude earthquake hit Nepal followed by a series of strong aftershocks, including a 7.3-magnitude quake on May 12. Over 8,700 people are estimated to have been killed, and twice as many were injured. Several areas in neighboring India, China and Bangladesh were also affected.

According to the United Nations, the natural disaster left nearly 500,000 families homeless and several million in need of medical and humanitarian assistance.

At Least 30 Killed, 10 Injured in Landslides in Northeastern Nepal