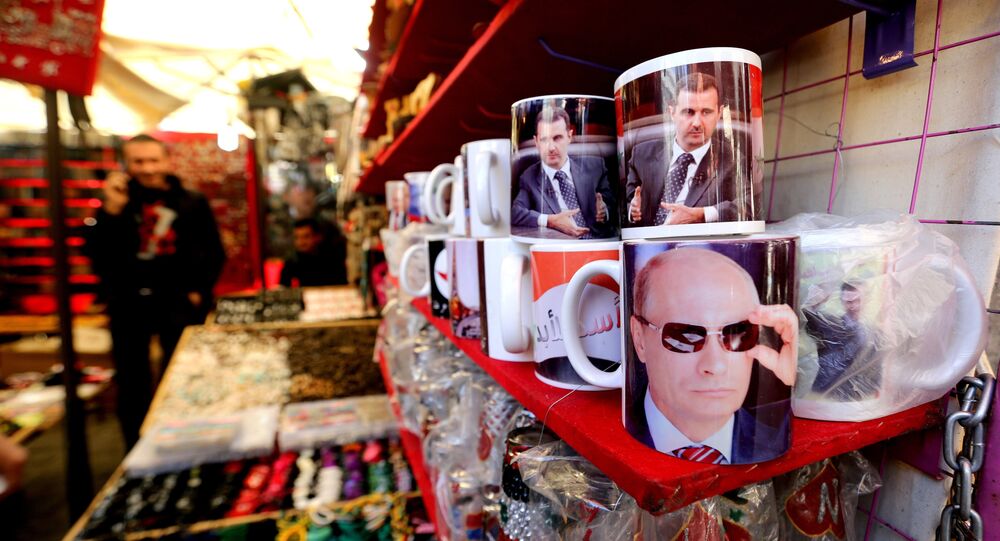 Checkmate: Putin 'Surpassed Himself' by Crushing Daesh in Palmyra

Having contributed to Palmyra’s liberation, the Russian president once again has outperformed prognosis and predictions, Le Point reported.

© AFP 2020 / MOADH AL-DULAIMI
After Palmyra: Three Steps Needed to Deal Fatal Blow to 'Disorganized' Daesh
Recently, Vladimir Putin announced the Russian withdrawal from Syria, which marked the end of the main stage of the military campaign launched six months ago.

However, the pull out was partial. Some Russian forces are still deployed to Syria, and last week they contributed to the liberation of Palmyra. The Syrian Army with its own forces could not retake Palmyra from Daesh terrorists without Russia’s assistance, an article in Le Point read.

Russia played a major role in the operation, by including their ability to deliver airstrikes. Russian bombers and attack helicopters pummeled Daesh motorcades fleeing from Palmyra. The terrorists sustained record losses – 400 militants were killed, according to the Syrian Center for Human Rights.

The Russian military also assisted in monitoring enemy radio conversations. Moreover, all actions on the battlefield were coordinated from a joint command center.

"Vladimir Putin has been known as a maestro of brilliant maneuvers. But this time he surpassed himself," the author wrote.

Furthermore, President Putin emerged as a protector of cultural legacy in Syria. As after Palmyra was retaken, Russia provided its bomb specialists to restore security in the ancient city.

"Now, it is time to understand how Russia is going to develop its advances in Syria," the article read.

The situation, the author underscored, is very complicated and hard to predict. Russia’s involvement has helped President Bashar Assad restore its positions in the country. The Syrian Army is now set to liberate Raqqa, the de-facto capital of the Daesh "caliphate." However, this will not be possible without Russia’s assistance, but President Putin has not shown interest to go in so far.

The initial Russian strategy has worked. Regions crucial for the Syrian government to survive have been secured, including Damascus and Alawite regions along the Mediterranean coast.

© Sputnik / Mikhail Voskresensky
In Syria, Russia Has Taught 'Cowardly Western Democracies' a Lesson - French Essayist
Russia will retain its military presence in the country, including a naval facility in Tartus and the Hmeymim airfield.

However, there are two possible threats to Russia’s further involvement in Syria, the author pointed out.

First, if Russia continues support for Assad’s offensive across Syria it could hinder the intra-Syrian peace talks in Geneva.

Second, Russia would risk repeating the American scenario in Iraq, being dragged into a long war.

"Russia clearly understands the main danger of a military operation abroad. Once you started it, you never know when it will end," the author concluded.