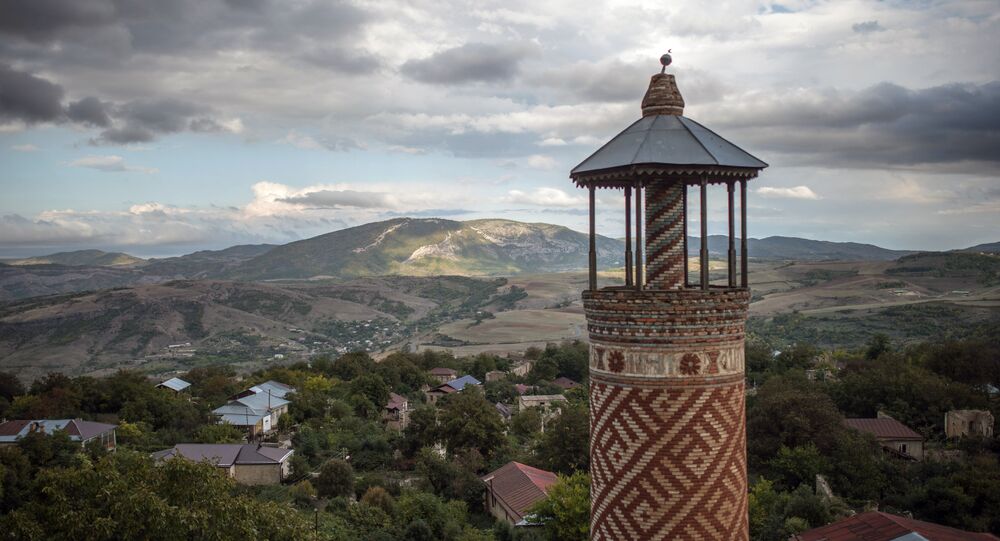 Moscow hopes that the OSCE Minsk Group's call for cessation of hostilities in the Nagorno-Karabakh region will help normalize the situation, the Russian Foreign Ministry said Saturday.

MOSCOW (Sputnik) — Earlier in the day, the OSCE Minsk Group on conflict settlement in Nagorno-Karabakh expressed concern on Saturday over resumed clashes in the contested region.

"The Russian Foreign Ministry expresses hope that the call of the international mediators will help stabilize the situation in the conflict zone," the ministry said in a statement on its website.

© Sputnik / Natalia Seliverstova
Putin Urges Karabakh Conflict Parties to Immediately Cease Fire
On April 2, Armenia and Azerbaijan noted a sharp escalation of the situation in the mountainous Nagorno-Karabakh area, with both sides accusing each other of violating the ceasefire that has been in place since 1994.