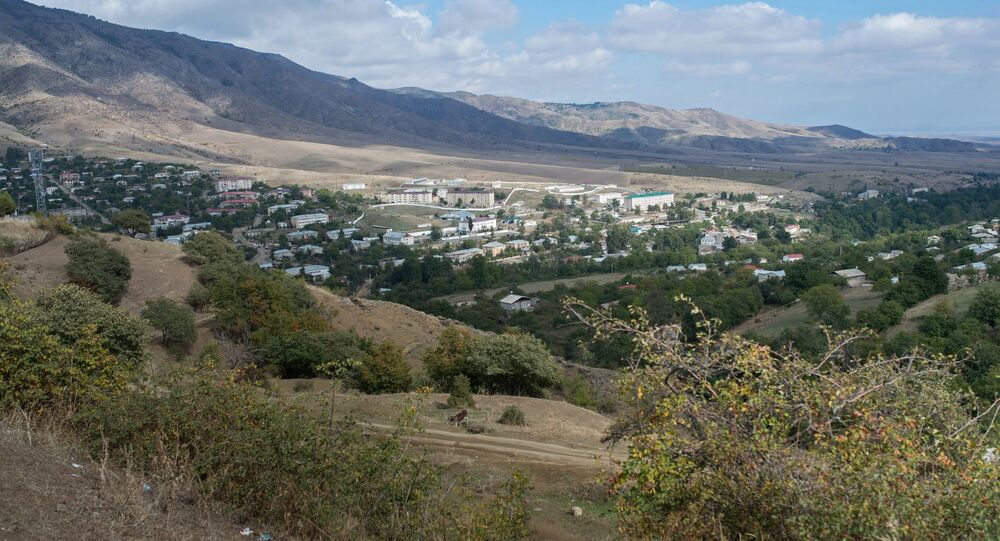 MOSCOW (Sputnik) — According to the information received by the Russian Defense Ministry, tensions in the Nagorno-Karabakh region escalated late on April 1 and in the early hours of April 2.

© Sputnik / Natalia Seliverstova
Putin Urges Karabakh Conflict Parties to Immediately Cease Fire
On Saturday, Baku and Yerevan traded blame for breaching the truce in the Nagorno-Karabakh conflict and reported about heavy fighting in the area. The Azerbaijani Defense Ministry reported shelling and dozens of ceasefire violations by the Armenian armed forces, while the Armenian Defense Ministry reported offensive actions from the Azerbaijani side.

"The contested region and the self-declared Nagorno-Karabakh Republic are constantly being monitored by the Russian Defense Ministry," the ministry said in a statement.

The conflict between Armenia and Azerbaijan began in 1988, after the predominantly Armenian Nagorno-Karabakh autonomous region announced its secession from the Azerbaijan Soviet Socialist Republic. Nagorno-Karabakh proclaimed its independence in 1991, prompting a war that lasted until a Russia-brokered ceasefire was signed in 1994. In September 2015, the conflict escalated, with the sides blaming each other for violating the truce.