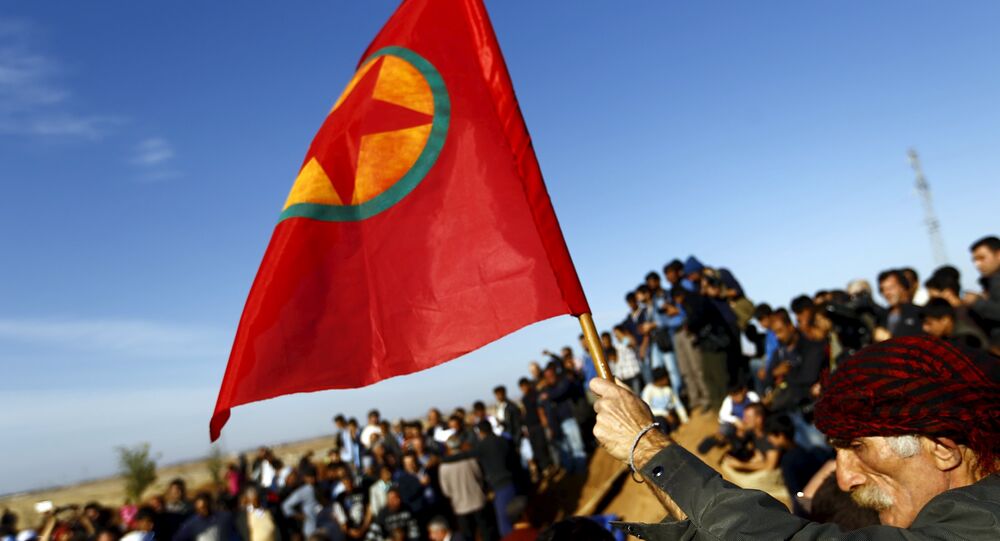 If Turkey is unable to resolve the ongoing conflict with its Kurdish minority population, it will prove itself to be ineffective in the Syrian peace process and the fight against the Daesh, Center of Turkish Studies director Gonul Tol said on Friday.

“Without a rapid political solution to the Kurdish problem, Turkey will remain an ineffective partner in the fight against ISIS [Daesh] and derail not just military, but also diplomatic efforts to find a solution to the Syrian conflict,” Tol said at a Middle East Institute conference on regional stability.

An escalation in fighting between Turkey and the Kurdish militants will “undercut US efforts to counter ISIS and pursue a political solution to the conflict in Syria,” and also undercut efforts to promote an inclusive Iraqi government, Tol said.

© REUTERS / SANA
Syria Will Stay Balanced if Assad Stays in Charge - Kurdish Advocacy Group
She emphasized that the United States should “use its leverage” to push the Turkish government and the Kurds into negotiations that could produce a ceasefire between the two sides.

The United States has been collaborating with Syrian Kurds in the fight against the Daesh, a relationship that has been complicated by Turkey shelling Syrian Kurds and PKK positions in recent months.

Following the 2015 Turkish election, President Recep Tayyip Erdogan amplified pressure against the Kurds, including launching a military assaults on the PKK. The Kurdish minority represents approximately 15 percent of the population in Turkey.

Syria Federalization Should Be Decided by National Vote if Needed