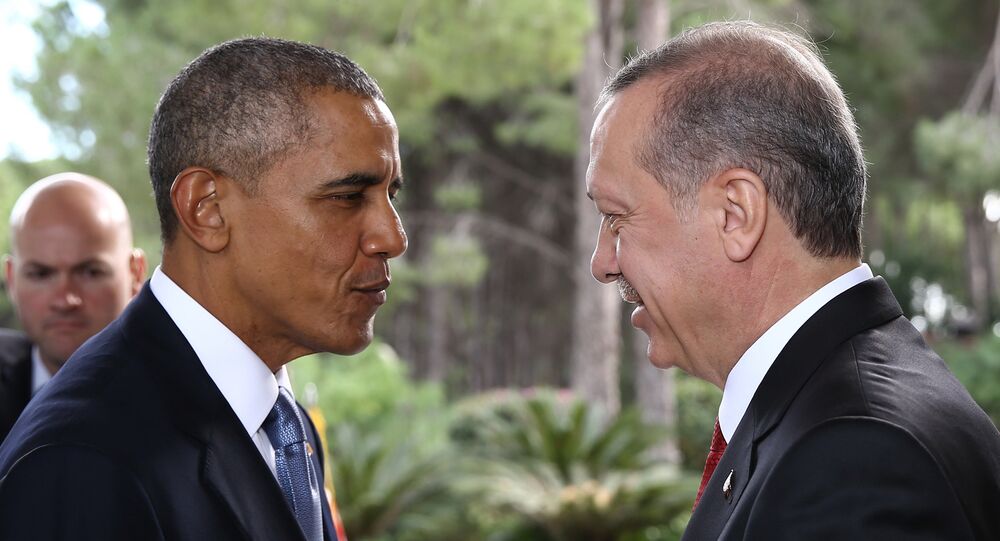 US President Barack Obama met with his Turkish counterpart Recep Tayyip Erdogan on the sidelines of the Nuclear Security Summit in Washington DC, discussing terrorism and migration, the White House said.

WASHINGTON (Sputnik) – On Wednesday, White House spokesperson Josh Earnest said Obama was likely to have a conversation with Erdogan, but added it would be nearly impossible for Obama to have sit-down meetings with all 50 world leaders attending the nuclear security summit.

"President Obama this evening met with President Recep Tayyip Erdogan of Turkey on the margins of the Nuclear Security Summit to discuss US-Turkey cooperation on regional security, counterterrorism, and migration," the White House said in a Thursday statement.

The two leaders particularly discussed their shared efforts to fight the Daesh terrorist group, which is banned in a range of countries, including the United States and Russia.

"The leaders also discussed how to advance our shared effort to degrade and destroy ISIL [Daesh]," the White House said.

Earlier on Thursday, Erdogan discussed ways to deepen cooperation in the war against Daesh with US Vice President Joe Biden. They expressed support for efforts to reach a negotiated end to the civil war in Syria.

Over the weekend, US media reported that Obama had rejected a proposal to have a one-on-one meeting with Erdogan during the summit. Erdogan, however, said earlier in the week that he planned to meet with Obama during the summit, but did not specify in what format.