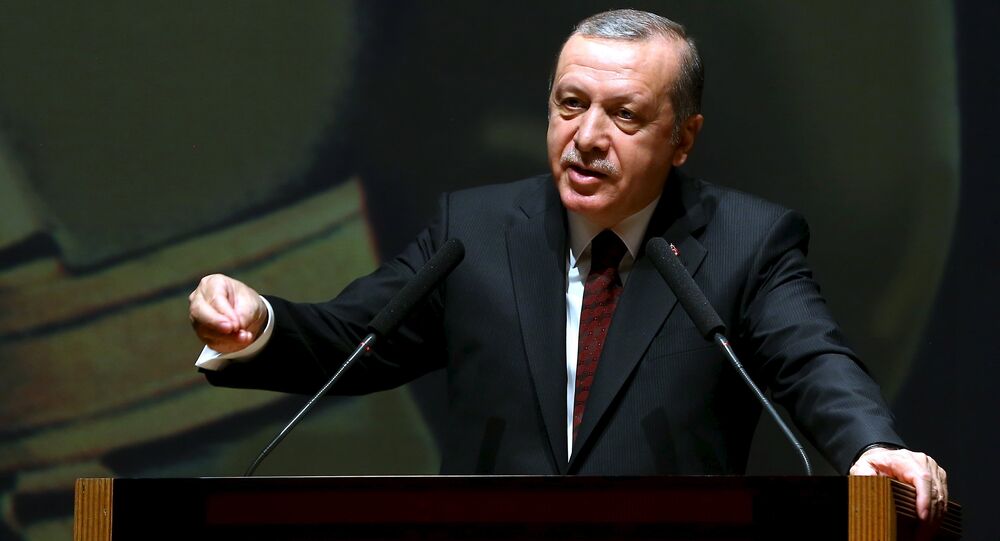 Turkey and Russia need to reestablish a relationship because they are two critical countries that share many of the same interests, Turkish President Recep Tayyip Erdogan said during an address at the Brookings Institution in Washington, DC on Thursday.

WASHINGTON (Sputnik) — Erdogan added that after the downing of the Russian fighter jet in November of last year, Ankara and Moscow have faced challenges in their relationship.

"Turkey and Russia are two important countries that have had interactions throughout several centuries," Erdogan said. "Our common interests require a relation there and I hope that our Russian counterparts…. assess our relations from that point of view."

The Turkish president said that Ankara had developed good relations with Moscow after the Cold War but because of Russia’s recent policies ties between the two countries have been strained.

Russian pilot Oleg Peshkov was reportedly killed by rebel gunfire from the ground after he ejected from his Su-24 fighter-bomber downed by a Turkish F-16 fighter jet in November, 2015, while another pilot was rescued.

Earlier on Thursday, Turkey's Hurriyet newspaper reported that Alparslan Celik, the man suspected of shooting and killing Peshkov, has been detained by Turkish authorities. Russia said it has not heard any official explanation behind Celik’s arrest, but Moscow is following developments closely.