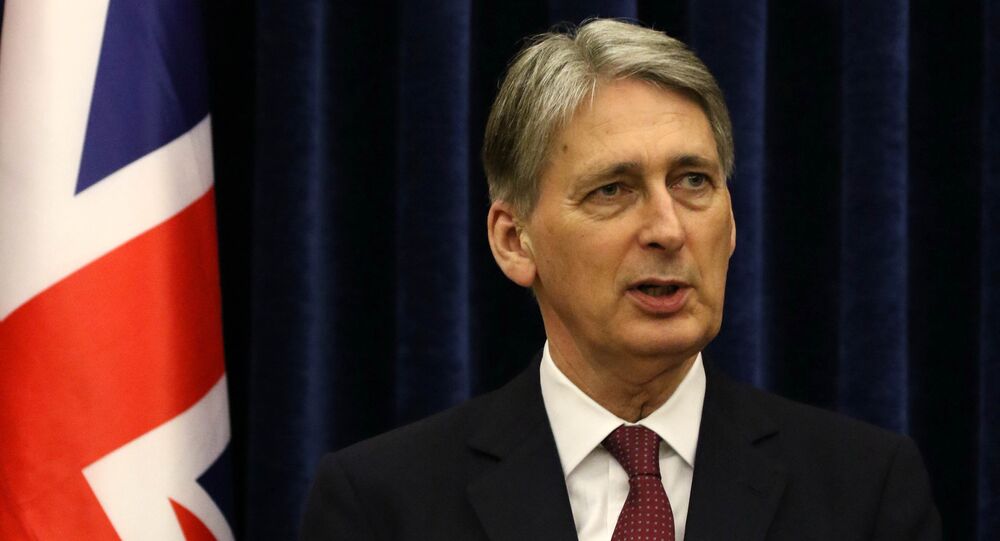 British Foreign Secretary Philip Hammond called for a creation of a new Syrian government, which would “not be led by Bashar Assad.”

In this week’s interview with Sputnik, Assad outlined the need for a unity Syrian government that would include “opposition, independent, the current government and other” political forces.

“Assad talks about a unity government, by which he means bringing one or two handpicked, regime-friendly oppositionists into minor posts in the government…That is not sufficient,” Hammond told reporters on a visit to Lebanon, as quoted by US news services from Beirut.

© CC BY 3.0 / Kbthompson / Russian Embassy Residence
Hammond’s Claims About Alleged Threat Posed by Russia ‘Unacceptable’
Hammond called for a creation of a new Syrian government, which would “not be led by Bashar Assad.”

Russia and the United States, as co-chairs of the International Syria Support Group, are coordinating a cessation of hostilities between the government and rebel forces, while the United Nations mediates proximity talks between the sides in Geneva.