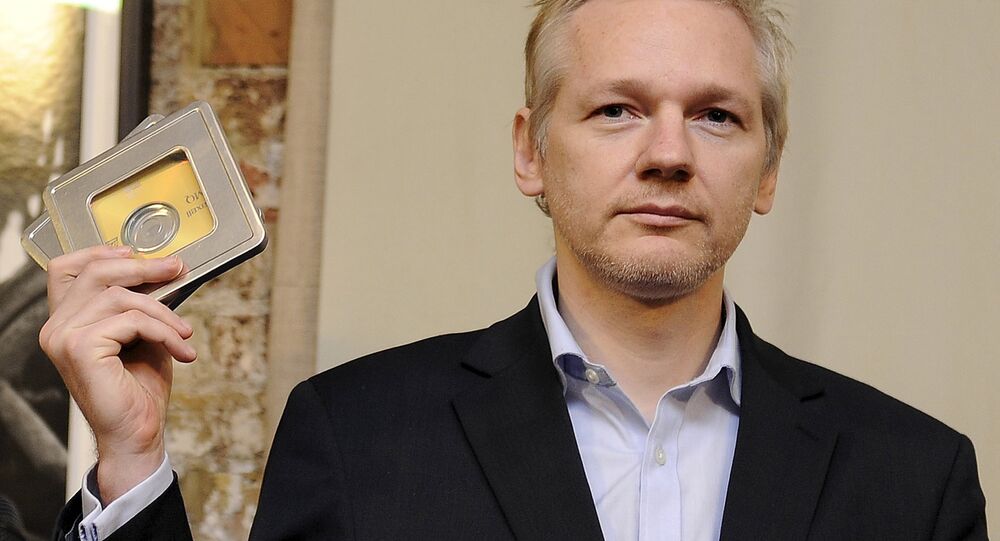 WikiLeaks founder Julian Assange can leave the Ecuadorian Embassy in London, where he has been residing since 2012, by the end of 2016, lawyer Baltasar Garzon said.

MEXICO CITY (Sputnik) – On February 5, the UN Working Group on Arbitrary Detention (WGAD) ruled that Assange, who applied for asylum at the Ecuadorian Embassy in London in 2012 after a British court permitted his extradition to Sweden for sexual assault accusations, was "arbitrarily detained" and should be released.

"We hope, we hope and wish. And I think we can achieve that," Garzon, a former Spanish judge and currently the head of Assange’s legal team, said at a conference in Guatemala on Wednesday, as quoted by TVN Noticias.

Earlier this month, London formally replied to the WGAD, dismissing the UN panel’s "flawed" opinion in the case of Assange.

According to Garzon, the refusal of Britain and Sweden to take into account the ruling of the UN panel is a violation of Assange’s rights.

​Assange submitted a complaint against London and Stockholm to the WGAD on September 12, 2014.

The WikiLeaks founder has been residing at the Ecuadorian Embassy in London since 2012 out of fear of being extradited, first to Sweden where he has been accused of sexual assault, and ultimately to the United States where he could face espionage charges for publishing secret documents through his website.

WikiLeaks is an international non-profit journalistic organization founded in Iceland to disseminate documents, photos and video of political or social significance, according to the organization’s Facebook page. The website gained prominence when it publicized a trove of classified diplomatic cables between heads of state and government.

Lawyers Say Sweden Will Have to Give Up on Assange