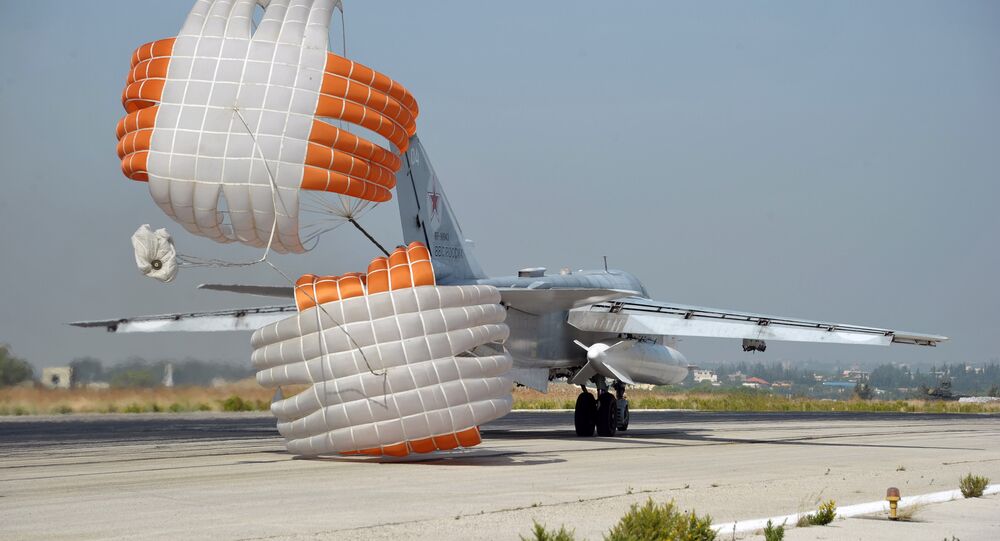 Syrian President Bashar Assad’s statement in his interview with Sputnik on Wednesday that only Russia will be allowed to maintain permanent military bases in his country is beneficial to both sides, retired US diplomat Jim Jatras told Sputnik.

WASHINGTON (Sputnik) — The United States and Russia agreed on cessation of hostilities in Syria that went into effect on February 28. The ceasefire is holding, according to observers, but does not extend to terrorist organizations such as the Islamic State or the Nusra Front.

"Russia maintaining bases in Syria is a matter between Damascus and Moscow, based on complimentary interests and mutual respect," Jatras stated on Wednesday.

Assad viewed a sustained Russian presence as vital to defend his country against hostile neighbors who remained determined to topple him, Jatras explained.

"Clearly, the Syrian government values the role Russia has played in defeating the ‘regime change’ agenda of Saudi Arabia, Turkey and the Persian Gulf states, along with their western backers, and creating conditions for viable peace talks."

Assad was also taking a conservative, traditional view of Russia’s longstanding support for his country, Jatras pointed out.

"The Russian — and before that, Soviet — naval presence at Tartus has a long history and is seen as beneficial to both sides. Syria has no obligation or, as far as I can see, any interest in allowing any other country’s military presence on its territory," he added.

"President Assad’s concern about talk of federalism is well-placed. While the declared Kurdish-led entity of ‘Rojava’ has been careful to state its identity as being within Syria, other eventualities inconsistent with Syrian sovereignty cannot be ruled out," he cautioned.

© Sputnik / Dmitry Vinogradov
American Pilots 'Admire Their Russian Counterparts' for Defeating Daesh
In particular, Damascus must keep a wary eye on a supposed "Plan B" scenario for partition of Syria, with the example in mind of Iraq, or even worse — Yugoslavia, Jatras continued.

Assad will likely stay in office, Jatras predicted, even after whatever transition to a new constitutional order emerges from peace talks, and any rapid departure by Assad during or after the transitional period risked setting off a new wave of bloody chaos in Syria.

"While for face-saving reasons western powers and our regional partners would like to deliver on their ‘Assad must go!’ obsession — even in the face of the clear failure of their policy — I believe even his voluntary departure would be a mistake."

The United States and its allies were ignoring the repeated record of what happened when longstanding heads of state were forcibly removed from office, Jatras observed.

"One can’t expect to extract a sitting chief of state like a bad tooth without causing a major destabilization. The lessons of Libya and Iraq are clear. It’s up to Syrians to decide their future, but I hope Assad will stay."

Russia Registeres Six Ceasefire Violations in Syria in Past 24 Hours