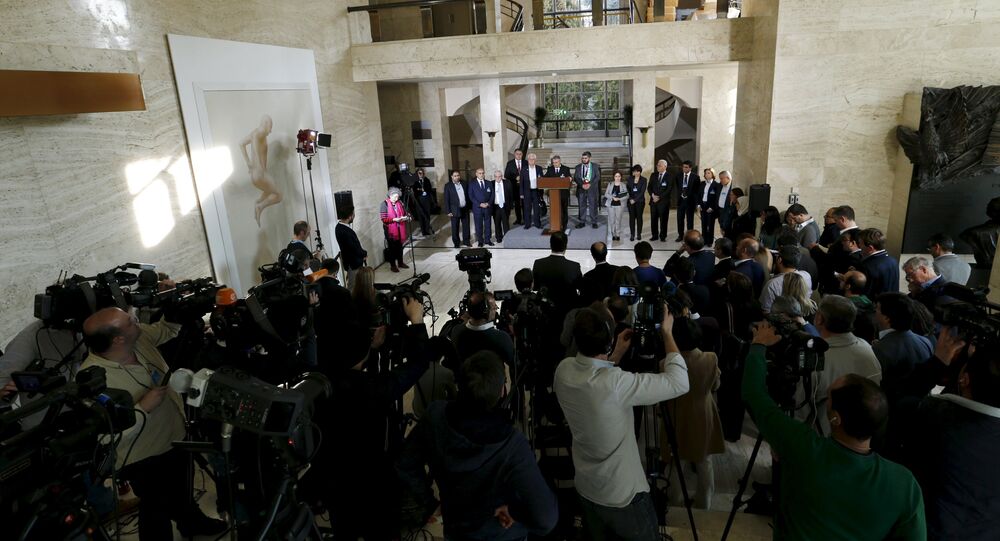 Russian Deputy Foreign Minister Gennady Gatilov said that the intra-Syrian talks were affected by a number of factors, including the certain names on the opposition delegation's lists, as well as the absence of the Kurdish representatives at the negotiations.

Earlier in the day, a source at the Geneva talks told Sputnik that the delegation of the Syrian opposition’s High Negotiations Committee (HNC) could be changed and the most radical individuals could be excluded ahead of the next round of negotiations.

"From the very beginning, Russia opposed inclusion of the representatives [of Jaysh al-Islam] in the opposition delegation… They were included in the delegation in personal capacity… We will only welcome, if they do not participate in the negotiations. If they [Syrians] preserve the previous format [of the talks], then it is their decision," Gatilov told RIA Novosti.

He added that the talks were affected by a number of factors, including the certain names on the opposition delegation's lists, as well as the absence of the Kurdish representatives at the negotiations.

© REUTERS / Denis Balibouse
Damascus Urges UN Envoy to Prevent Other Parties' 'Irresponsible Behavior' at Peace Talks
The presence of Mohammed Alloush, the leader of Jaysh al-Islam, has been one of the major sticking points in the indirect talks between the opposition and the government in March. Head of the Syrian government delegation Bashar Jaafari said, referring to Alloush, that he would not engage in any discussions with the opposition as long as it includes people calling to kill President Bashar Assad.

The HNC, which was formed in Saudi Arabia in December, is one of the three opposition delegations participating in the intra-Syria settlement talks with official Damascus in Geneva.

The latest round of talks opened on March 14 and lasted for 10 days. The round saw all delegations submit their settlement proposals to UN Special Envoy for Syria Staffan de Mistura, who then produced a final paper with points of convergence between the parties. It was submitted for the delegations' approval ahead of the new round of talks that could start as early as April 9.