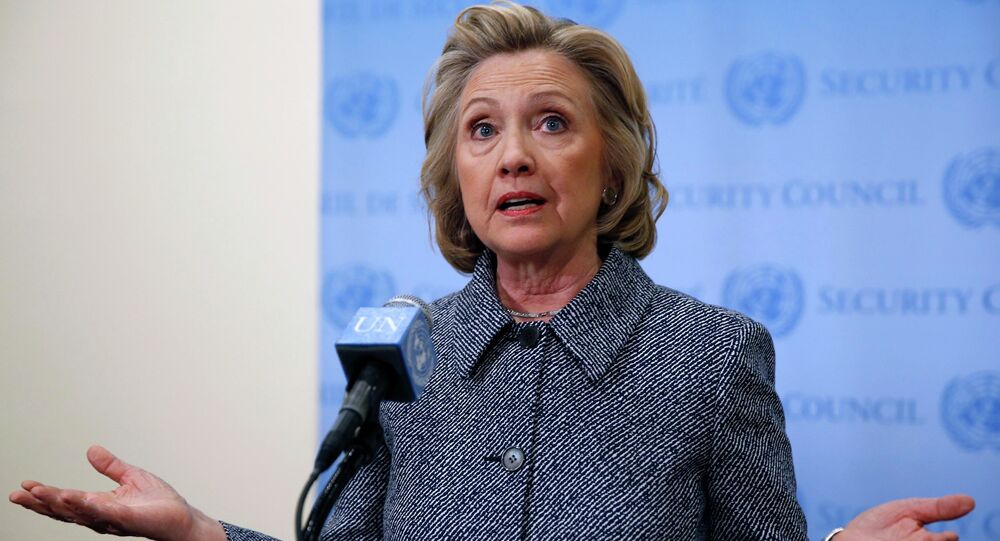 Hillary Clinton’s campaign denied Bernie Sanders’ request that she debate him in her adopted state of New York on Monday.

© AP Photo / Tom Lynn
Clinton Rejects Debate Challenge After Huge Sanders Wins in US West
Jeff Weaver, campaign manager for Sanders, sent a letter to the Clinton camp on Sunday with the request.

As Weaver put it, "Our campaign continues to believe that the people of New York, the largest April primary, deserve to have the debate held in their state, and that it should be held prior to the New York primary."

Weaver received a denial from Joel Benenson, strategist for the Clinton campaign. Brian Fallon, Clinton's press secretary, told reporters that the campaign considers the request to be a "stunt" by the Sanders campaign, "struggling" for attention and making an effort to "get back on people's radar."

Benenson observed that the Clinton camp is concerned with the "tone" of the Sanders request.

"We think that this party is strong when we have a good strong healthy debate, but the tone of the campaign has become increasingly negative and personal in some places," he said.

This denial is counter to Clinton's 2008 statement to then-candidate Obama, that a presidential candidate should be willing to debate "anytime, anywhere."

But just two days after refusing, Clinton's press secretary Fallon changed his mind. According to the Clinton campaign, the former State Secretary is "perfectly willing" to debate Sanders in New York.

"If they can find a mutually agreeable date in the next couple of weeks before New York, I think it could happen," he said.