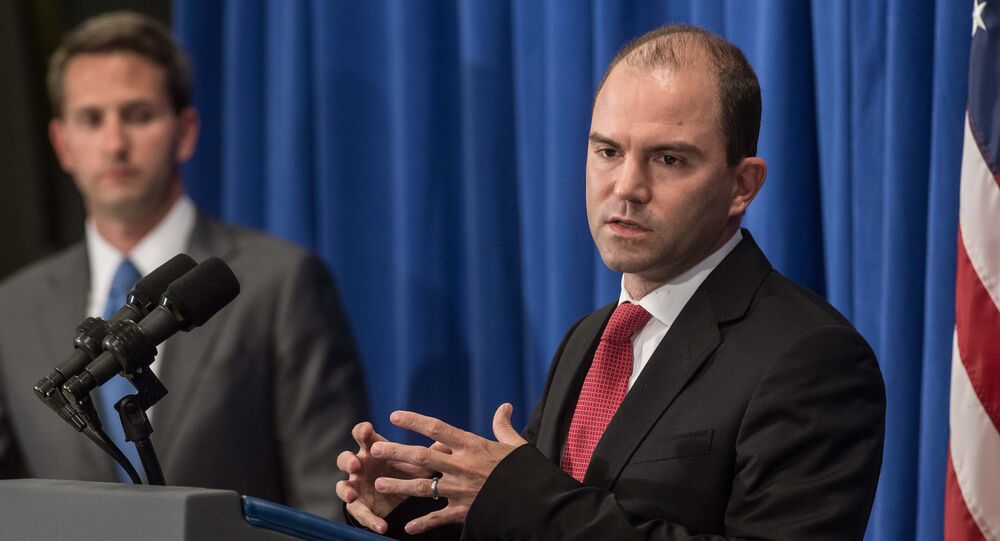 Russia Isolating Itself Refusing to Participate in Nuclear Security Summit

Russia is cutting itself off from a useful international dialogue by not sending high-level representation to the fourth Nuclear Security Summit being held this week in Washington, DC, White House Deputy National Security Adviser Ben Rhodes said.

WASHINGTON (Sputnik) — This week, the United States is hosting the fourth Nuclear Security Summit focusing on the prevention of nuclear terrorism. A high-level delegation from Belgium is scheduled to attend the summit.

"Russia’s decision to certainly not participate at a high level, we believe is a missed opportunity for Russia above all," Rhodes stated in a press call on Tuesday. "Frankly all they are doing is isolating themselves in not participating as they have in the past."

Despite Russia’s limited participation in the conference, Rhodes emphasized the importance of ongoing work between Washington and Moscow on nuclear issues.

"It is important for the world to see and know that the United States and Russia have continued cooperation on issues related to nuclear security," Rhodes noted.

In January, Russian Foreign Ministry spokeswoman Maria Zakharova said Russia would skip the summit because of "unacceptable" interference by organizers of the event in the work of international structures, including the International Atomic Energy Agency.

US to Seek More ‘Tangible Results’ in Nuclear Material Reductions