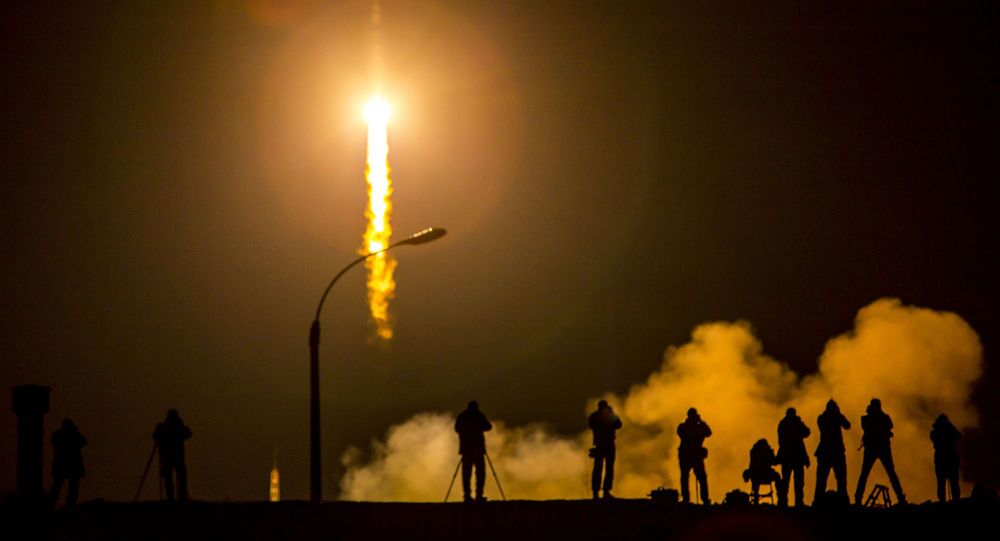 Currently, only two nations are capable of putting humans into space and the United States is not one of them, former NASA astronaut Leroy Chiao and Elliot Pulham, CEO of the Space Foundation, noted, adding that the US leadership in space exploration "has eroded" and Washington does not seem to be too concerned with it.

© AFP 2020 / FILES
Get Out of My Space! China's Extraterrestrial Goals Prompt US Ire
"While there is no country that can muster the overall capability in all sectors of space as remarkably as can the United States, there are any number of countries that can do some things as well, or better," they wrote for the Huffington Post.

Figures and policies back their assertions. For instance, the US produces less than 20 percent of all satellites in the world. Fifteen years ago America's share of the global satellite manufacturing amounted to 75 percent.

Chiao and Pulham are particularly concerned with lunar exploration. The US, they say, has only a "vague idea" of sending piloted missions to Mars in the coming decades, while "China, Russia and Europe are planning, with firm schedules, to send their astronauts to the Moon in the next decade."

The experts are convinced that Russia, China and other nations "will go to the Moon, with or without us." And should the US dismiss missions to the Earth's only satellite as irrelevant because it has already done it, Washington's global standing will be affected.

"There aren't just two space nations playing anymore, there are dozens. If we don't lead that effort, another nation or nations will. This is important, as it partially reflects our overall position in the world," they noted. "Losing that position would be a blow to our international prestige. We worked hard as a nation to achieve and to maintain leadership in space. It would be more than a shame to simply let it slip away."

Euro-Russian Mission to Mars 'a Response to Foolish Political Sanctions'