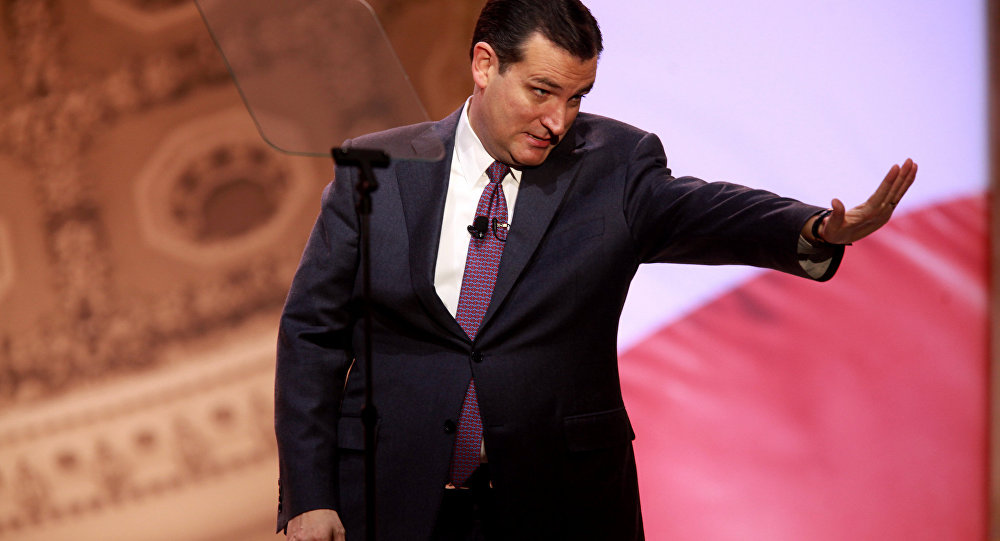 Houston, we have a problem: What was dismissed as tabloid gossip has erupted on social media as circumstantial evidence mounts that the Evangelical Texas Senator engaged in at least five sordid affairs.

On Wednesday, the National Enquirer released a front-page story alleging Republican presidential candidate Ted Cruz had five separate affairs. The tabloid is well known by supermarket shoppers for its fantastical allegations, like "Space Alien Tells All: ‘My Steamy Nights with Hillary in UFO Love Nest.’"

Not surprisingly, when the story first hit, the world collectively shrugged and reached for the mind bleach to remove the image from their consciousness. However, there may be something to this.

For one, the National Enquirer has a track record of accurately calling actual sex scandals ahead of the mainstream press, including the sordid love affairs of Jesse Jackson, John Edwards, and Tiger Woods.

Furthermore, it is not just the National Enquirer now alleging Cruz had repeated extramarital affairs. Washington Times reporter Drew Johnson wrote on Twitter Thursday night: "COMING CLEAN: From what I know, at least 2 of the women named as Cruz mistresses by the National Enquirer are accurate."

Johnson, a staunchly anti-Trump political commentator, followed up on Friday morning, tweeting "Lots heard rumors. An online media outlet knew the whole story but they chose not to run with it."

Origin of the story: Marco Rubio’s SuperPAC, #NeverTrump, and #TheThing

It all started on March 11, when a Twitter follower asked Rick Wilson, head of the staunchly pro-Marco Rubio #NeverTrump movement, about the release of "the thing." Wilson expressed disdain, saying that "I wish I had control of The Thing,” and “If I had The Thing, you’d have the thing." 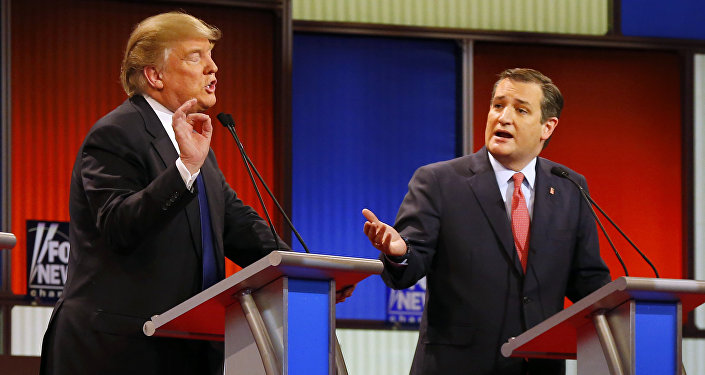 Wilson also wrote, "dear media outlets in possession of The Thing; I know you’re scared about legal. Have an intern post it on YouTube and then ‘discover’ it." The Stop Trump PAC, which had run ads exclusively for Marco Rubio followed up on Wilson’s tweet writing "The news networks sitting on ‘The Thing’ are doing the ultimate disservice to our country."

So what is "The Thing"? According to subsequent Tweets, and per Gawker, "The Thing" appears to involve former Cruz staffer and current Trump spokeswoman Katrina Pierson, whose blurred image was identified by social media as one of the five women in the National Enquirer story.

It appears "The Thing" has been well known in political circles for quite some time.

On February 2, Breitbart writer Allum Bokhari wrote: "Some people think #MicrosoftRubioFraud is the big scandal from last night. Wait until they hear the bombshell about Ted Cruz." The writer followed up on Twitter two days later, saying the editors were not allowing him to drop the story.

Minutes after the story was released by the National Enquirer on Wednesday, Bokhari took to Twitter, writing "I hate getting scooped," which social media took to be instant confirmation of the #CruzSexScandal.

Meet the women alleged to be Ted Cruz’s lovers

Since the story broke, social media has managed to "determine" the identities of three of the women whose images were blurred in the publication.

© REUTERS / Stephen Lam
Will He or Won’t He? Bernie Sanders Wavers on Blind Support if Clinton Wins

The second is CNN panelist and former Ted Cruz communications director Amanda Carpenter. As a panelist, Carpenter can often be found rooting for her former boss and attacking Republican frontrunner Donald Trump as a threat to the Party. When asked about the allegations, an outraged Carpenter said, "what’s out there is tabloid trash," but fell short of denying the claims.

The third individual identified is Carly Fiorina’s deputy campaign manager, Sarah Isgur Flores. It is now being alleged that the Cruz campaign paid "hush money" to prevent the Fiorina camp from blowing the lid on their tryst. On June 18, 2015 there was an unusual $500,000 contribution made by a Cruz-affiliated Super PAC, Keep the Promise, to Carly Fiorina’s official campaign fund.

The remaining two women in question are alleged to be a school teacher and a high-end Austin call girl.

Official responses from the campaigns

At a press conference Friday, Cruz dismissed the allegations as "complete and utter lies" and alleged the story "is a smear from Donald Trump and his henchmen." Rick Tyler, a former Cruz staffer, reiterated his former boss’s assertion, saying "Donald Trump has a relationship with David Pecker" and also noting that the "story had been shopped to the Washington Post," which found it meritless.

Donald Trump also responded to the allegations, which also implicate his campaign’s spokesperson Katrina Pierson, saying "I have no idea whether or not the cover story about Ted Cruz in this week’s issue of the National Enquirer is true or not, but I had absolutely nothing to do with it, did not know about it, and have not, as yet, read it. I have nothing to do with the National Enquirer."

However, Trump fed the narrative as well, saying, "While [the National Enquirer] was right about O.J. Simpson, John Edwards, and many others, I certainly hope they are not right about Lyin’ Ted Cruz."