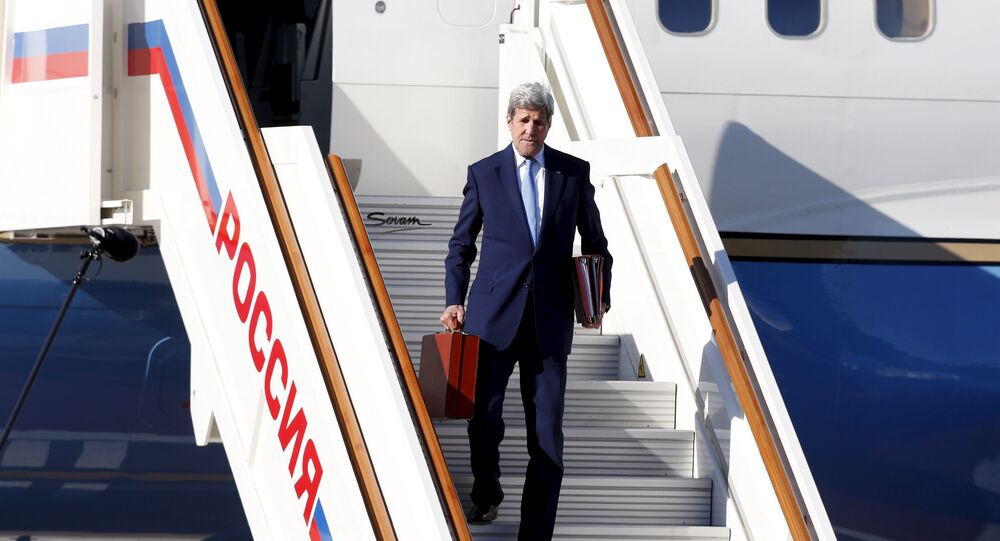 For some strange reason the suitcase and the guitar case US Secretary of State John Kerry held when stepping off his plane in Moscow attracted more media attention than the actual subject of his talks with President Vladimir Putin, Foreign Ministry spokeswoman Maria Zakharova wrote on her Facebook page on Friday.

1. How much money was John Kerry carrying in that suitcase?

2. If not money, then what was inside?

3. Could they possibly take [Ukrainian pilot Nadezhda] Savchenko out inside that suitcase or the guitar case?

4. What did Kerry give Lavrov if not a guitar?

To these Maria Zakharova accompanied this shortlist with a number of emoji – ideograms or smileys used in electronic messages and Web pages. The characters exist in various genres, including facial expressions, common objects, places and types of weather, and animals.

John Kerry was on a two-day working visit to Moscow for talks with his Russian counterpart Sergei Lavrov and President Vladimir Putin.